Many defendants in Texas are finding their level of income rather than the seriousness of their offense is dictating how long they remain in jail after arrest.

While defendants who pose a danger to the public are not bonded, poverty has become the defining factor for those who commit less serious offenses.

The situation is particularly dire in Harris County Jail, the largest in Texas. Last year, The Houston Chronicle revealed how many inmates remain in the jail due to their poverty, even on charges for minor crimes. They were unable to make bail. 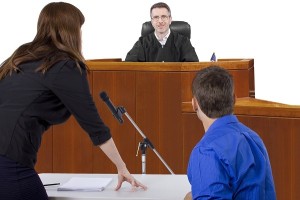 In February, Harris County commissioners vowed to take action. They voted unanimously to develop a pilot program that would ensure public defenders are present at bail hearings. Commissioners said this move should reduce the unnecessary jailing of thousands of defendants who are unable to afford bail or are unfamiliar with the legal process.

Harris County may become the first county in Texas to make legal representation available at every hearing in which bail is set. Typically, individuals are not represented by attorneys at these hearings.

The Chronicle referenced research showing people jailed and unable to get out on bail are more likely to plead guilty to crimes when they are innocent. Conditions are grim at many jails in Texas including Harris County Jail.

Tragically, some defendants held on minor offenses have not made it out of jail alive.

The case of Sandra Bland, who failed to make bail after a controversial arrest when she was pulled over for a traffic infraction, made headlines across the county. She committed suicide three days later after her arrest in Waller County jail.

Approximately 80 percent of the population of Harris County jail, as many 7,000 to 8,000 inmates, are pre-trial detainees.

Last May a lawsuit was brought against the jail authorities on behalf of Maranda O’Donnell, a young woman arrested for driving without a valid license. She was jailed for two days in May because she could not meet bail of $2,500.

The lawsuit seeks to hold Harris County accountable for jailing people who cannot afford bail. The claims said the court should consider an arrestee’s ability to pay before imposing a financial penalty.

Advocates for criminal justice reform will be watching the pilot project closely in Harris County,

They point to cases like the death of Sandra Bland as preventable tragedies.

In Texas you can end up in a jail cell no matter how minor the offense you have been charged with. It’s important to hire a seasoned Fort Worth criminal defense lawyer.