Travis County prosecutors went as far as saying the felony charges against the Democratic state lawmaker should never have been brought in the first place, reported the Texas Tribune.

The Tribune reported the announcement by prosecutors ended a long legal saga.  Dawanna Dukes was accused of abusing public office.  A grand jury indicted her on 13 felony charges and two misdemeanor charges earlier in 2017.

More recently, prosecutors were forced to admit their case against the legislator was based on flawed evidence. 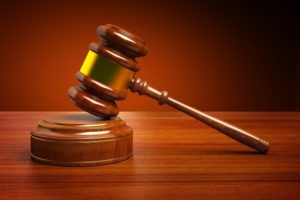 Felony charges against Dukes concerned claims she unlawfully tampered with a government record by falsifying entries on travel vouchers to gain money for expenses she was not entitled to.

However, the case unraveled in September when Travis County prosecutors put the felony case on hold. They heard a key witness changed his story. That witness managed the official paperwork for the Texas House of Representatives.

In October, prosecutors dropped a felony charge. They admitted they misread a date on a cellphone belonging to Dukes which comprised a key piece of evidence against her.

Dukes faced two misdemeanor charges that she abused her official capacity by a public servant. She was accused of using her legislative staff to work on the African American Community Heritage Festival as well as a live-in nanny for her daughter.

Travis County district attorney Margaret Moore confirmed she agreed to drop the misdemeanor charges if Dukes repaid the state $1,340 to reimburse a legislative staffer who looked after Dukes’ daughter.

Dukes reportedly agreed to pay $500 for an outstanding fine owed to the Texas Ethics Commission. The Tribune reported she agreed to return $5,230 to her campaign account.

Recently, we noted how prevalent public corruption can be in Texas. In 2017, former officials in Crystal City in Texas were convicted of corruption.

However, in many instances, corruption charges against public officials fail to stick. If you have been charged with a crime of this nature, it’s important to hire experienced legal counsel.