Police Use Data to Swarm High-Crime Neighborhoods in Fort Worth

Alarmed by an increase in violent crime in Fort Worth, police are using a computer program to swarm high-crime neighborhoods in the city.

The TV station NBC5 reported on how police in Fort Worth are using as many as 70 officers to tackle crime in problem areas. 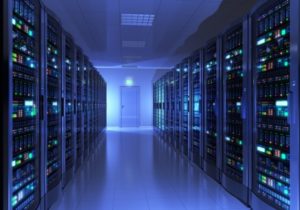 The officers are in uniform and are from all specialties in the police department. Fort Worth police Sgt. Marc Povero told the station.
“Every day we get that data and we put officers where that data says they need to go. Those areas change daily.” On occasions, the neighborhoods change by the hour.

The officers use data on a computer program called Omega CrimeView Dashboard.

This technology allows police to hone-in on crime trends in neighborhoods. They can even identify potential suspects using their mobile computers.

Although other cities in Texas and elsewhere in the US have tried the saturation approach, it’s rare to have so many officers in the same area at the same time.

Detectives and other officers who are not usually assigned to the patrol division are joining the forces.

NBC5 noted some possible drawbacks of the swarming approach. The station noted that detectives assigned to the task force are taken away from other important duties in solving serious crimes. It also pointed to the fact crime could rise again in these areas once the officers leave.

Violent Crime Rises in Fort Worth

The unprecedented police action follows a marked rise in violent crime in Fort Worth this year.

By May 2016, there were 21 homicides. By the same time this year, Fort Worth had recorded 29 homicides, including a slaying outside the Ridgmar Mall.

Other Texas cities such as San Antonio and Austin have also recorded large rises in violent crime. If you have been charged with an offense of this nature, prosecutors may seek to make an example of you.

Call our Fort Worth criminal defense attorney for a free consultation.