Drug trafficking is taken seriously in Texas, even when the narcotic seized is marijuana. Recently, police said they busted a drug traffic ring in Cedar Park near Round Rock.

A report in Cedar Park Patch detailed an operation by the Cedar Park Police Department which joined forces with other law enforcement agencies to break up an alleged drug trafficking ring.

Police said the operation yielded about 40 pounds of marijuana.

Often drug trafficking enforcement operations involve a multi-agency approach. This was no exception. 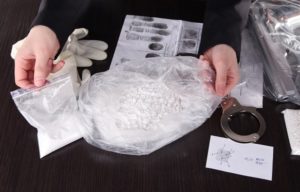 Patch reported the police department’s narcotics unit joined forces with the Leander Police Department and the Dallas and Austin divisions of the Drug Enforcement Agency (DEA).

The operation also involved the Dallas-Fort Worth Airport Police, the Counterdrug Task Force and the Bureau of Alcohol, Tobacco, Firearms, and Explosives.

The bust followed an intensive seven-month investigation involving drug trafficking cases, including two cases of interstate trafficking, according to investigators.

The operation dubbed “Operation Clean Sweep,” got underway in September 2016. Police said they received a tip that a high level of drug activity was taking place in Cedar Park and areas around it.

The investigation led to 10 arrests in and around Cedar Park.

They included 28-year-old Matthew Eric Weiner, who was arrested at his home on April 27. Police said he was found in possession of about 40 pounds of marijuana. Weiner reportedly confessed to buying it in Oregon before it was shipped to Austin. The identities of the other nine arrested were not disclosed by police, according to Patch.

Drugs with a street value of more than $252,000 were seized, police said. Weiner was booked into the Travis County Jail. He was to be charged with possession of marijuana and intent to manufacture or deliver a controlled substance as well as a parole violation, officials said.

Texas has some of the strictest drugs laws in the United States. Drug trafficking is treated very harshly, even for a first offense. You can find out more about defenses to drug crimes on our website.