A defendant’s mental health is relevant in death penalty cases because it can affect his or her culpability for a crime, ability to help counsel and to understand the connection between the crime and its punishment.

In Texas, the case of Scott Panetti has become a polarizing one. Pancetti, notes Think Progress is so seriously mentally ill he buried his furniture in his garden once believing it would purge the devil who he feared had possessed his home.

His suicidal and homicidal behavior led him to be institutionalized about a dozen times. He murdered his estranged wife’s parents in 1992. He insisted on representing himself at his trial, dressed in a purple cowboy suit and tried to subpoena more than 200 people including Jesus Christ, John. F. Kennedy and then-pope John Paul II, reported Newsweek. 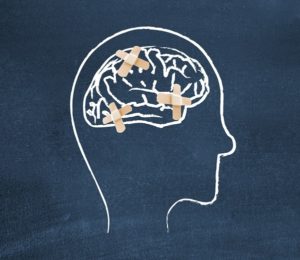 Since his conviction, Panetti has been the subject of a long legal battle between lawyers intent on saving his life and officials in Texas who want to administer the death penalty.

In 2007, The U.S. Supreme Court considered Panetti’s case and whether the Eighth Amendment allows the execution of an inmate who has a factual awareness of the reason for his killing, but lacks a rational understanding of the State’s justification due to mental illness.

The victory was rendered mainly meaningless by the lower courts.

In 2014, a federal appeals court halted the execution of Panetti just hours before it was scheduled. The 5th U.S. Circuit Court of Appeals granted the stay of execution. The court said granted a temporary reprieve “to allow it to fully consider the complex legal questions the execution raised.”

This year Panetti won another minor victory in a federal appeals court.

In the case, Panetti v. Davis the court held Panetti must receive paid legal counsel, help from mental health experts to build his case, and a full hearing to find out whether he is competent to be executed.

There are no signs that this drawn out litigation saga is close to completion.

An inconsistency in Supreme Court rulings leaves the case in legal limbo. The high court ruled in Atkins v. Virginia, that “death is not a suitable punishment for a mentally retarded criminal.”

The court has not held that people with severe mental illnesses like Panetti, who his lawyers say is schizophrenic, are ineligible for the death penalty in the same way, even though they typically possess diminished capacities like those described in Atkins.

Murder is one of the most serious crimes you can be charged with in Texas. Find out more about homicides on our website.  Call our Tarrant County criminal defense lawyers today.