Underage drinking is endemic in Texas. It’s also an offense that may put you on the slippery slope to incarceration. A recent release points out a large percentage of students abuse alcohol.

The report is from Texans Standing Tall, a statewide coalition set up to improve conditions for youth across the state.

The report points out alcohol is the most commonly used substance among youth in the state. As many as a quarter of all middle and high school students reported using alcohol over the month of the survey.

Almost 60 percent reported using alcohol at least once in their lives. The report found 18 percent of the high school and middle school students surveyed reported binge drinking. That figure increased to 40 percent when college students were surveyed. 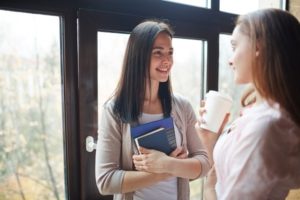 One in dour students abuse alcohol

Not only did the survey find a large number of students abuse alcohol but underage drinking puts youth at risk.

It’s also illegal. Texas has a zero-tolerance approach to underage drunk driving. If a policeman who stops you smells alcohol on your breath, that alone can be justification for issuing a DUI citation to someone under 21. Teen drivers are more likely to be involved in auto wrecks, particularly if they have been consuming alcohol.

The Texans Standing Tall survey also found that alcohol use during adolescence can have other serious side effects. It can impair your memory and increase adolescents’ risk of developing alcohol dependency issues later in their lives.

In 2006, underage drinking cost Texans $1.8 billion, the report stated. These costs were primarily due to lost productivity and high healthcare costs. They are also associated with motor vehicle crashes, fire response, and high costs to the criminal justice system.

Most adolescents obtain alcohol from social settings. The report said 39 percent of middle and high school students and 78 percent of underage college students picked up alcohol at a party or from friends.

In Texas, teen drinking offenses are dealt with as Class “C” Misdemeanors. They carry a fine of up to $500.

As well as being fined, teens can be ordered to attend alcohol awareness classes, eight to 40 hours of community service. These offenses can also lead to the loss of the teen’s driver’s license for up to 180 days.

If you are charged with an underage drinking offense, it can lead to a slippery slope and impact your future. It’s important to hire an experienced Fort Worth criminal defense lawyer to limit the damage.