Obstruction of Justice is a Hard Crime to Prove

The crime of obstruction of justice has been in the news in recent months following speculation President Donald Trump asked former FBI Director James Comey to stop the investigation into former national security advisor Michael Flynn.

According to the New York Times, Trump told the director he later fired “I hope you can let this go.”

Although Robert S. Muller III, a former FBI director has been appointed as a special counsel to look into claims of Russian interference into last year’s presidential election, there are still many obstacles to prove obstruction of justice. 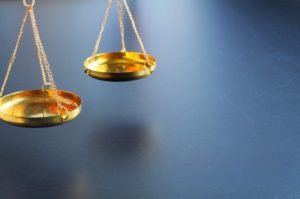 Obstruction of justice is difficult to prove

A report in the Atlanta Journal-Constitution points out there is plenty of wiggle room in the relevant statutes that make it hard to prove the necessary intent to obstruct justice.

A raft of laws deal with different kinds of obstructive conduct in the federal criminal code.

Obstruction of justice is an offense at the federal level that covers any attempt by someone to “influence, obstruct, or impede” the proper administration of the law in a pending proceeding, including by Congress.

It does not just extend to impeding the work of the courts. It’s very widely defined. Influencing anyone else by a lie or another piece of information can constitute obstruction of justice.

While such provisions may be broad enough to apply to Trump’s dealings with Comey, each has limitations that would require considerably more evidence than currently available to prove a crime.

Under section of 18 U.S.C. 1503 it’s a federal crime to “corruptly” endeavor “to influence, obstruct or impede the due administration of justice.” This clause is limited to judicial proceedings, including a grand jury investigation.

However, in the case of United States v. Aguilar, the U.S. Supreme Court took a very narrow view of the time. Chief Justice William H. Rehnquist said he did not believe giving false statements to an investigating agent who might testify before a grand jury represented obstruction of justice.

Presidents who Have Faced Obstruction of Justice Charges

In 1861, President Andrew Johnson was impeached and almost removed from office due to his policies for reconstruction of the South. Republicans in Congress said Johnson was too lenient on the south. Johnson came within one vote of removal from office. He was acquitted of the charges in.

In 1974, President Richard Nixon stepped down during his second term to avoid impeachment over the Watergate scandal for alleged obstruction of justice.

In 1998, President Bill Clinton became only the second U.S. president to be impeached. The case went to a trial in the Senate, which voted on Feb. 12, 1999, to clear Clinton of the charges over his affair with intern Monica Lewinsky. Clinton remained in office.

Federal crimes carry heavy sentences. If you have been hit by federal charges, you may be facing a considerable period of incarceration. Call our Fort Worth criminal defense lawyer today.