Some Texas jurisdictions have struggled with the arrival of ride-hailing companies like Uber and Lyft in recent years.

However, greater standardization is on the cards after the Texas Senate gave final approval to a bill providing statewide rules for ride-sharing companies.

We have noted how some of the problems came to light in airport transportation solicitation cases in which drivers were arrested and charged with violating Texas Transportation Code section 22.0815. In some cases, drivers charged with this unfair Class B misdemeanor have held permits.

The new legislation was sponsored by Sen. Charles Schwertnerall, R-Georgetown. He said centralized rules would eliminate a “patchwork” of regulations at a local level that was often onerous. 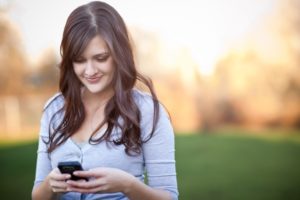 Ride-hailing companies are under scrutiny

An article in the San Antonio Express-News noted dissent to the legislation from Sylvester Turner, the Mayor of Houston, who said the city has co-existed with Uber. He said:

“This is another example of the legislature circumventing local control to allow corporations to profit at the expense of public safety.”

However, the idea of more standardization was welcomed by the ride-sharing companies. Sarfraz Maredia, general manager for Uber Texas, said a statewide network would expand access to safe and reliable transportation across Texas.

Uber said the company would soon return to the cities it left after the new rules take effect.

The ride-sharing companies were opposed to rules imposed by cities such as Austin and Houston. They pulled out of these cities largely because of regulations requiring Uber and Lyft drivers to undergo fingerprint-based background checks.

Uber and Lyft removed operations from Austin last spring after voters upheld city regulations requiring the companies to undergo fingerprint background checks. The companies were also told to report data about their operations.

Critics of the companies and municipal officials in the two cities suggested the state rules would erode safety for members of the public. In recent months, there have been well-documented cases of sexual assaults by the drivers of ride-sharing services.

In some Texas cities, selective enforcement has led to unfair Airport Solicitation charges against drivers. Our Fort Worth criminal defense attorneys can help you fight such charges and protect your earnings, your license, and your way of life.

Call us today for a free consultation.