Campus safety in Texas and elsewhere has come under scrutiny in recent years. However, a loophole was exposed by 2018 R-College Station who was shocked to discover there was no law targeting sex offenders in dorm rooms.

That changed with new legislation that was implemented in Texas on Sept. 1, 2017.

Raney was shocked when he was approached by a constituent who told him at her out-of-state college, she was forced to live down the hall from a student who sexually assaulted her the previous year.

Raney responded to the revelations with House Bill 355, a measure brought in in the fall. It prohibited most registered sex offenders from residing in dorms on public college campuses or at private schools in Texas. 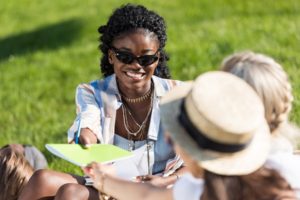 Many campuses across the country face negative headlines over sexual assaults, few more so than Baylor University at Waco in Texas.

The law passed unanimously during a busy legislative session in 2017. HB 355 gives universities the ability to determine whether some low-risk offenders can live in dormitories.

This new law codified a longstanding policy at many of Texas’ largest universities. Some of these institutions barred sex offenders from living on campus for more than 10 years.

It targets a relatively small amount of people. Fewer than 700 out of approximately 1.5 million college students in the Lone Star State are registered sex offenders.

Mary Sue Molnar, executive director of Texas Voices for Reason and Justice, a group that provides a voice for registered sex offenders, said few sex offenders even want to live in campus dorms, given the stigma sex offenders face already.

Also, many of the larger schools in the state such as Texas Tech University, the University of Texas, Texas A&M and Texas State University already prevent registered sex offenders from inhabiting campus residence halls.

Nevertheless, Austin McCarty, the legislative director for Raney said it’s a good idea to set up a statewide standard.

A statewide sex offender registry is maintained by the Texas Department of Public Safety. It also houses an online listing of all sex offenders enrolled at Texas colleges and universities.

Sex offenses on campuses invariably make headlines. However, some rape allegations in recent years have been unfounded. If you have been charged with a sexual assault of this nature, call our Tarrant County sexual assault defense attorneys today.