New Crime-Fighting Cameras are Installed in Fort Worth

Surveillance cameras are playing a more prominent part in criminal investigations across the country. In Fort Worth, police installed 35 surveillance cameras in the Stop Six neighborhood to cast a wider net in crime-fighting efforts.

Council members say demand for the crime-fighting cameras came from the community. During a press conference, Councilwoman Gyna Bivens said the city needed more than human eyes to catch the criminals, noted the Star-Telegram.

The cameras are being set as part of the city’s $2.56 million revitalization of Stop Six and Caville Place. During a year-long project, the city plans to select another part of the city for a similar program later this year. 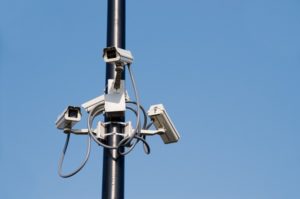 crime-fighting cameras are installed in Fort Worth

Bivens said demand is outstripping the supply of the cameras. She said:

“There are not enough cameras to meet the requests that we’ve had. People who live in Stop Six are accustomed to hearing gunshots, sirens and all types of sounds that indicate something bad is going on. I have yet to talk anyone who has spoken against these things being installed.”

The Star-Telegram reported 60 cameras in total were bought for the east side patrol division. About eight cameras are already up, including five in Stop Six, according to  Capt. Michael Shedd of East Patrol Division. The cameras are mounted on city-owned utility poles, Shedd said.

The cameras are just one part of the Stop Six revitalization project that started in December. The City of Fort Worth is tearing down dilapidated buildings, improving street lighting, building sidewalks and removing overgrown vegetation that can provide cover for criminals. It is also pushing economic development efforts.

Shedd said the quality of the cameras is high and police will be able to read details like license numbers.

However, concerns linger over the upsurge in evidence gained from surveillance cameras.

An article in The Conversation noted some ethical concerns about cameras and alluded to how evidence from cameras can be skewed and unreliable in the wrong hands.

The article raised concerns about how integrity has become an important part of surveillance and whether recordings can be trusted as evidence and not remain under the exclusive control of one party.

Our Fort Worth criminal defense attorneys see this evidence being used more and more often. If surveillance camera evidence is stacked against you, your case may seem to be impossible. Our firm will take an individualized approach and seek to undermine the case against you.