What is MS-13 and Why is the Gang Feared?

MS-13 is a violent street gang with roots in Central America. It was recently singled out for targeting by the Trump administration.

Trump has described gang members as “true animals” and said the gang is as bad as Al Qaeda.

In October, Attorney Gen. Jeff Sessions said the administration is making it a “priority” to combat the brutal MS-13 street gang.

By its designation of the gang MS-13 a “priority,” the Department of Justice’s Organized Crime Drug Enforcement Task Force will permit prosecutors to pursue any legal avenue to target the gang and bring in additional resources, Fox News reported.

Sessions said during the International Association of Chiefs of Police conference in Philadelphia. 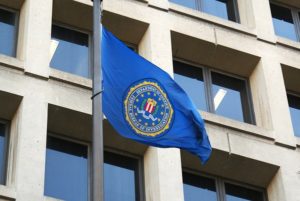 “MS-13 members brutally rape, rob, extort and murder. With more than 40,000 members worldwide, including 10,000 in the United States, MS-13 threatens the lives and well-being of each and every family everywhere they infest.”

MS-13 is known for its particularly violent tactics. It was set up in Los Angeles by Central American immigrants, predominantly from El Salvador.

The gang has since expanded to include Hondurans, Mexicans, Guatemalans, and other Central and South Americans.

University of Houston sociology professor Luis Salinas blamed much of the violence carried out by MS-13 on extortion and prostitution.

The F.B.I. blames the gang for murders, rapes, kidnappings, carjackings, robberies and other crimes. The F.B.I. said most of victims are members of rival gangs, but often innocent people are hurt in the crimes as well.

The new designation will allow police departments in areas like Texas to tap into federal resources. This money can help finance wiretaps, interpreters and pay for police. However, Sessions made it clear that not all MS-13 cases will qualify for the additional funding.

Trump pledged to decimate MS-13 in the summer. However, just days earlier a report revealed the strength of the gang in Texas.

The state’s annual gang threat assessment found MS-13 is among a handful of the most dangerous of 20 criminal gangs in the state. There are 100,000 members that operate across the state.

MS-13 and three other Hispanic gangs were categorized in the report as the biggest threat to public safety based on their strong relationships with Mexican cartels and their high levels of violence, according to the Texas Department of Public Safety assessment.

The DPS estimates there are about 500 members of MS-13 in Texas. The gang operates in a regional cell model. The gang is composed of several cells in Texas that are all part of MS-13 but usually act independently, with little coordination between cells.

If you have been charged with a gang offense you are likely to be facing additional punishment. Please call our Texas criminal defense lawyers today for a free consultation.