Crimes that involve gang memberships and killing receive some of the stiffest sentences in Texas.

Recently, the leader of a Fort Worth motorcycle gang was convicted of the ambush and killing of a rival club’s member at a bar three years ago.

A report on FFAA noted the jury deliberated for almost a day in the case against Howard Wayne Baker. The 62-year-old was the president of the Fort Worth chapter of the Bandidos, a notorious motorcycle club, or gang.

Baker was found guilty of murder, engaging in organized crime, aggravated assault, and directing a street gang. He was sentenced to 45 years in prison days later.

Prosecutors accused Baker of giving the orders to shoot Geoffrey Brady, of Arlington on Dec. 12, 2014. They said an ambush took place at Gator’s Jam Inn. Two other men were wounded in the ambush. The bar has since closed. 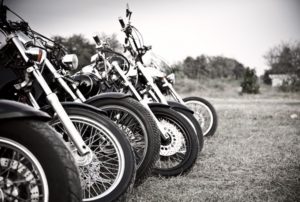 Although defense attorneys did not put up any witnesses on the stand, they said the prosecution did not prove its case beyond all reasonable doubt, the Star-Telegram reported. They said evidence was lacking in the prosecution case that Baker gave the order to raid the bar or shoot anyone.

The defense was also critical of the lack of consistency in the testimony of witnesses. While one of the witnesses said a group of men started firing at Brady who was in the center, only two shell casings were discovered.

Prosecutors said they successfully proved beyond a reasonable doubt that Baker was the president of the Fort Worth chapter of the Bandidos gang, pointing out he was the deciding voice of the biker gang to undertake such a raid.

The prosecution said under Texas’ Law of Parties, Baker was criminally responsible for any of the outcomes that occurred during the raid, according to Tarrant County assistant district attorney Pamela Bogess,

Gang murders carry very heavy penalties. Recently, we noted how a member of a white supremacist prison gang from Fort Worth was sentenced to 37 years in prison for his role in a murder conspiracy.

If you have been charged with gang crimes, it’s likely you will be facing a long prison sentence. At the Medlin Law Firm, we will provide you with vigorous legal representation and help you fight these charges. Call us today for a free consultation.