Gang charges carry heavy sentences in Texas. Recently, a member of a white supremacist prison gang was sentenced to 37 years in prison for his role in a murder conspiracy.

The Star-Telegram reported how 32-year-old Justin Henry Hunsaker, of Fort Worth was convicted by a jury in Tarrant County. He was one of individuals who played a part in the killing of Bryan A. Childers on April 17, 2014. 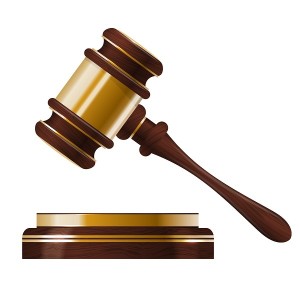 White supremacist gang members have been tried in Texas courts

The jury convicted him of a charge of murder-engaging in organized crime. He faced a potential maximum sentence of life in prison.

Hunsaker was one of the members of the Aryan Brotherhood of Texas who was charged over the killing of Childers, a member of the Aryan Circle prison gang. Trial testimony heard how Childers was stabbed to death. His body was then dismembered by gang members.  Prosecutors said the motive for the killing was ongoing hostility following a fight a year earlier between Childers and Nicholas Acree, another gang member. Childers had apparently won the fight.

Childers was choked and fatally stabbed on April 17, 2014 at a home in Fort Worth, prosecutors said. The Star-Telegram reported his body was never found.

Gang charges in Texas are outlined in Chapter 71 of the Penal Code. A criminal street gang is defined as three or more people who have a common identifying sign or symbol or an identifiable leadership. They “continuously or regularly associate in the commission of criminal activities.”

Committing or conspiring to commit a number of offenses when you are a member of a gang can carry elevated punishments.

These offenses include murder, capital murder, arson, burglary, kidnapping, aggravated sexual assault and promotion of gambling or prostitution. There are also a wide range of firearms offenses listed under the gang provisions. If you have been charged with a gang-related offense, it’s important to secure experienced legal help.

The Medlin Law Firm will give you vigorous legal representation and help you fight these charges. Call us today at (682) 204-4066.