More than 30 Parking Meters Stolen in Fort Worth

Thefts are one of the most common crimes we see in Fort Worth and elsewhere in Texas. Although typically misdemeanors, theft crimes can still land the perpetrator behind bars. In Fort Worth, an unusual theft hit the headlines when more than 30 parking meters were stolen.

Police in the city are trying to find out why somebody took more than 35 parking meters, reported the Houston Chronicle.

The Chronicle story noted some meters were cut off their post while others were pulled out of the pavement. 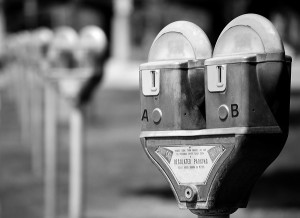 It’s a costly crime for little reward. The Chronicle reported a parking meter can cost as much as $800 to replace. However, meters seldom hold more than $15 in small change.

There are different categories of theft crime in Texas. If a sufficient value is taken it can be charged as a felony, we report on our website.

How Theft Crimes Are Charged in Texas?

Theft charges in the Lone Star State are classified based on the value of the property stolen. If the theft is below $100 in value, it’s charged as a Class C misdemeanor. That’s the same level as a traffic ticket.

However, the crime becomes more serious if the value of the items stolen is in the $100 to $750 range. In that case, the offense is a Class B misdemeanor. It carries a potential fine of up to a $2,000 and up to 180 days in jail.

Felonies attract prison time and fines up to $10,000. Theft will be charged a felony when $2,500 or over has been stolen.

What the Prosecution Has to Prove in Theft Cases?

In theft cases, the onus is on a prosecutor to prove the property was taken without the consent of the owner. The defendant must have intended to deprive the owner of property rather than merely borrowing it.

The state has to prove that the person appropriated property with the intent to deprive the owner of the property, and it is unlawful because it was without the owner’s consent.

This is essentially a white collar crime that has an impact on corporations in the information technology (IT) world when proprietary knowledge or software is stolen.

If you have been charged with a theft crime, you should seek out an experienced Fort Worth criminal defense lawyer.