It has been some time since the infamous witness James Grigson, who was dubbed “Dr Death,” has given a testimony in a trial.

But his legacy lives on. This summer Jeff Wood, an accomplice who ended up on death row won a stay of execution from the Texas Court of Criminal Appeals. The testimony of Grigson was a major factor in the decision, reported the Texas Tribune. 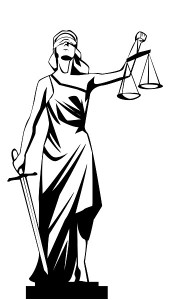 The testimony of Dr. James Grigson may have impeded justice

James Grigson died in 2004. His controversial testimony featured in numerous trials in the 1980s and 1990s.

The Houston Chronicle said he was praised, reprimanded and reviled like no other forensic psychiatrist in the history of Texas.

He earned his nickname “Dr. Death,” due to his willingness to testify in capital murder trials.

His methods were controversial. The Chronicle noted how James Grigson had a pleasant, down-to-earth manner that helped persuade juries across Texas that almost all capital murder suspects would kill again if given the chance.

Critics pointed out he had not even met most of those who he persuaded juries to send to death row. They said he had a direct manner in establishing the dangerousness of a defendant. He has no charts or other complicated equipment. His air of certainty proved to be persuasive.

Grigson was also good at putting complicated criminal standards in straightforward terms that could be understood by juries.

However, there is evidence that Grigson went too far on occasions. He was reprimanded on two occasions by the American Psychiatric Association. He was accused of using the results of a competency exam on a defendant during the punishment phase of a criminal trial. He also stepped over the line when he claimed 100 percent accuracy in predicting how dangerous a defendant would have been in future. The APA later expelled Grigson who retaliated with an unsuccessful lawsuit.

Fellow psychiatrists were alarmed that Grigson appeared to be less of an independent expert and more part of the prosecution.

The Houston Chronicle highlighted problems with Grigson’s approach in the case of Randall Dale Adams who was convicted of murdering a Dallas police officer in the 1970s.

Adams lacked a criminal record. This did not stop Grigson labeling him an “extreme sociopath” and warning he would kill again, even if locked up. Adams was later exonerated of the killing after another man confessed to it. He remained out of trouble.

Grigson’s reputation was one of the driving factors behind an important U.S. Supreme Court decision. The court unanimously decided in 1981 that a psychiatrist could not examine defendants without their permission. Any information obtained from the interview would not be admissible at a trial unless the defendant was warned that it would be used.

Expert witnesses can still be used at criminal trials but there are more safeguards than in the days when Grigson’s testimony helped send many people to death row. If you have been charged with a crime it’s important to hire an experienced Texas criminal defense attorney. Call us at (682) 204-4066.