Man From Houston is Charged with DWI After Pedestrian Death

Being charged with a DWI in Texas is a serious offense, even if nobody is hurt. If you kill another driver or another road user, you are likely to be facing a long time behind bars.

Recently, a 44-year old man was arrested and charged with driving while intoxicated after he struck and killed a pedestrian, police said.

The Houston Chronicle reported Dale Rogers was charged with driving while intoxicated (DWI) and was facing other charges pending the outcome of the investigation.

Rogers was being held in the Houston city jail in lieu of a $500 bail. He is accused of hitting a pedestrian who was trying to cross the road at 7:20 p.m. one night in October as he drove north in the 900 block of West TC Jester, Houston police stated.

The pedestrian was trying to cross the street but was not using a crosswalk. The Chronicle reported Rogers does not have a criminal record in Harris County. 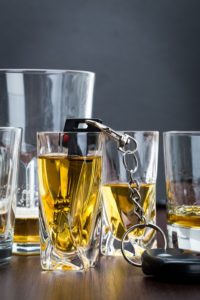 Man accused of DWI after a pedestrian death

The pedestrian died at the scene. Rogers was taken immediately into custody, police said.

Although Texas is the only state that has identified “intoxication manslaughter” as a separate offense, other U.S. states have similar homicide laws that apply in the same type of situation where a life is lost due to drunk driving.

Depending on the state, these laws are known as DUI causing injury or death, DUI manslaughter, vehicular manslaughter, or by similar terms.

If you have been charged with an offense of this nature, it’s very important to hire an experienced criminal defense lawyer. Breath test machines are notoriously unreliable and you should never admit you were drunk because of the seriousness of the crime and your anguish over the loss of a life.

If you are charged with this crime, it’s important to hire an experienced Fort Worth intoxication manslaughter lawyer who can explore all of the extenuating circumstances. Call The Medlin Law Firm for a free and confidential consultation today.