If you commit a series of robberies, you can face a long time behind bars, as illustrated by a recent sentence handed out to a Lufkin man.

The Lufkin News reported on how 29-year-old Christopher Cook was arrested last December and sentenced to 16 years in prison in March.

The report said he was detected after the theft of money from a piggy bank on which his fingerprints were found. 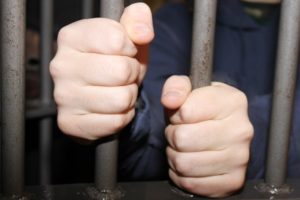 Man from Lufkin is sentenced over robberies and burglaries

The Lufkin News report stated police arrested Cook last July after responding to a burglary in South Raguet Street, Lufkin which is near Huntsville.

A police press release stated Cook entered a garage. He then displayed a knife and demanded money from a victim. The victim was not injured in the incident, and police arrested Cook shortly afterward.

On Aug. 29, Lufkin police responded to reports of two burglaries in the 600 and 900 blocks of Taylor Street, the press releases stated.

When they arrived at the first home, the occupant told investigators someone had entered their home by breaking the glass of a side door. Several items were stolen.  Cook reportedly confessed to the second burglary. Police officers recovered some of the stolen items from both homes at a pawnshop.

Two days later, police responded to another report of a burglary in the 900 block of Taylor Street. A homeowner said an intruder got into the home via a back door.

The occupant said items were taken from the residence, including clothes and a cowboy hat. A piggy bank was emptied. Police took evidence at the scene and said fingerprints on the piggy bank matched those of Cook.

Cook was also linked to a burglary on Nov. 14 in Walnut Hill Road. Several items were taken from a home including a computer tablet.

That item also provided a clue to Cook. The tablet’s tracking location was still active and police tracked to the device to Cook’s parents’ home. They recovered the tablet and other items reported by the homeowner.

Cook told Angelina County Sheriff’s Office deputies he broke into a home in Vera Mae Thomas Road. He said he gathered items to sell and took some to local jewelers.

Criminals who commit a series of robberies and burglaries are taken very seriously by the authorities.

“This office takes crimes of violence and home invasions seriously. “Persons who engage in these kinds of criminal acts will be prosecuted vigorously.”

Cook was given a mandatory prison release date of January 2033. He was also ordered to pay restitution the victims of the robberies and burglaries, prosecutors stated.

At the Medlin Law Firm, we provide a vigorous defense to robbery and burglary. Read more about the firm here or call us at today.