Man from Arlington is Convicted of Defrauding Home Depot of $1.1 Million

White-collar crimes often attract big sentences and heavy fines. In a recent prosecution, a man from Arlington was convicted of defrauding Home Depot to the tune of $1.1 million.

Prosecutors say the man must serve two years in a federal prison and repay more than $1.1 million in connection with a sales tax refund fraud committed against The Home Depot.

Prosecutors said Spruiell fraudulently obtained Home Depot tax exempt identification in his name. He then presented the identification and copies of sales receipts from purchases he made or for items bought by others, to get obtain tax refunds via store credits or money.

Prosecutors said between the middle of 2013 and early 2016, Spruiell defrauded 18 stores operated by the Atlanta-based retailer. 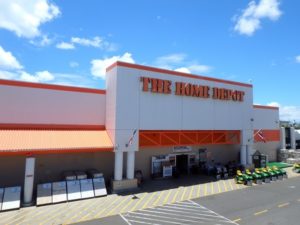 Texas man is accused of fraud against Home Depot

When cases like this cross state lines, they are likely to be prosecuted federally.

Typically, fraud entails the use of deception, a lie, a falsehood, or dishonesty in an attempt to gain a financial benefit. We created a guide to common forms of fraud.

Fraud can also be a civil wrong. Victims can bring a civil lawsuit for monetary damages, to compensate them for the losses they suffered as a result of the fraud itself. However, civil fraud does not carry the possibility of jail time or fines. In contrast, criminal fraud can result in both. Fraud may be both a criminal offense and the basis for a civil lawsuit.

Fraud may be a state or a federal offense. The perpetrator can be prosecuted under both systems in many cases.

Mail fraud is one of the most common federal crimes. It applies to any scheme to defraud that entails using the United State Postal Service, or another interstate mail carrier.

Wire fraud is common because it takes place whenever a person uses an electronic communication device, a phone, or even a computer with Internet access to commit an act of fraud

Large fines are very common for fraud convictions. While fines for misdemeanor violations can be a few thousand dollars or less, felony convictions for fraud often result in fines of well over $10,000.

At the Medlin Law Firm, we defend people charged with a wide range of state and federal crimes.  Call us for a free and confidential consultation today.