The Long-Term Effect of a Texas Assault Charge

If you have been hit with a Texas assault charge, it can have long-term impacts on your life.

If you are charged with assault, you will face immediate consequences like potential jail time and a fine, depending on the seriousness of the charge. An assault charge can also have less obvious effects on your life.

The seriousness of those consequences depends on the level of the charge brought against you. 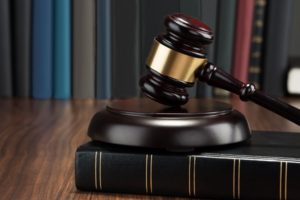 The impact of a Texas assault charge

Types of Assault Charge in Texas

The long-term effects of an assault charge can impact the right of a defendant to own a handgun. A conviction for even a Class A misdemeanor assault can stop you from getting a handgun license in the future, even if the assault was not against a family member.

If you have been convicted of a felony level assault it will impact your ability to own a firearm, as well as your right to vote and ability to get a job or a license at a higher level.

If you have been charged with an assault crime, it’s important to fight it. There are some important defenses like self-defense. You can find out more about assault charges in Texas by reading our FAQs.

Contact attorney Gary Medlin in Fort Worth if you require powerful criminal representation.