A Supreme Court ruling in 2017 that changes how Texas determines intellectual disability in Capital Murder cases is set to impact at least 10 Texas death row inmates.

In March 2017, the U.S. Supreme Court ruled in favor of Texas death row inmate Bobby Moore. The nation’s highest court sent his case back to the Texas Court of Criminal Appeals.

Crucially, the justices invalidated Texas’ method of determining if an inmate was intellectually disabled and therefore was ineligible for execution. The Texas method relied on medical standards dating back years.

The high court’s 5-3 ruling in the case of 57-year-old Moore was important. The justices ruled Texas’ reliance on standards that were no longer the medical norm and its reliance on nonclinical factors is in violation of the Eighth Amendment that bars cruel and unusual punishments. 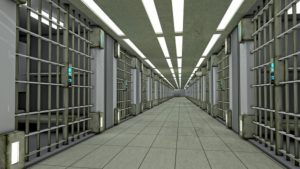 The ruling has implications for dozens of other death row inmates in Texas.

The Houston Chronicle noted at least 10 death row inmates sought to have their death sentences commuted in the wake of the ruling.

They include Tomas Gallo, a man who was sentenced to death for the rape and murder of his girlfriend’s three-year-old daughter.

Jurors agreed Gallo should be sentenced to death, despite his attorney’s arguments that he was intellectually disabled.

Gallo and at least nine other inmates on Texas’ death row are seeking to have their sentences thrown out in exchange for life in prison under the Bobby Moore ruling.

The Chronicle noted Gallo might even walk free. Life without parole was not an option in Texas when he was convicted.

Rosa Flores, the victim’s paternal grandmother, said she did not believe his intellectual disability should impact Gallo’s case. She said:

“He might have a low IQ but that doesn’t mean he’s stupid or dumb. He knows what he’s doing.”

The U.S. Supreme Court abolished the death penalty in 2002 for defendants with intellectual disabilities. However, the court left it up to the individual states to set standards for determining disability.

Attorneys are bracing themselves for a rush of appeals in the wake of the Bobby Moore ruling.

We noted how the Supreme Court ruling could have an impact on the future of another death row inmate, Erick Davila.

If you are facing a serious charge like murder, it’s important to hire an experienced Fort Worth criminal defense lawyer.