A recent crash in Austin which led to reports of a 12-year-old boy being investigated for driving while intoxicated, drew attention to the issue of juveniles and alcohol in Texas.

The boy was spotted early one morning by police who said he was weaving in and out of traffic.

A report on ABC 13 stated police initially thought he was texting but began to suspect he might be drunk after they saw the car cross a center line. 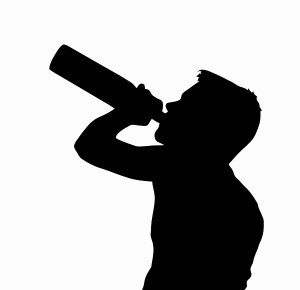 The ABC report said a police officer tried to make a traffic stop but the car kept driving and ended up in a head-on collision with another car, that did not appear to cause injuries.

The unidentified boy kept on driving, police said. The chase ended when the car hit an electric pole. The boy suffered minor injuries.

ABC reported that the boy was investigated for DWI, failure to stop and render aid and evading police.

It’s not clear if the boy was ever charged with an offense as a juvenile offender. Under the Texas Penal Code, age is a defense for children under 15, with some notable exceptions.

These include capital felony charges and violations of a motor vehicle traffic ordinance of an incorporated city or town.

The law in Texas treats children and teens differently from adults when drunk driving charges are brought.

Children, Teens and DWI in Texas

Drivers under 21 represent less than 10 percent of those behind the wheel in Texas. But they account for 14 percent of DWI linked crashes.

That’s a remarkable statistic given that it’s illegal to drink alcohol under the age of 21, with a couple of exceptions.

Given the fact that people under 21 usually will be drinking illegally, the penalties are often tougher than those for older drivers.

Texas makes a distinction between Driving While Intoxicated (DWI) and Driving Under the Influence (DUI). Only drivers under the age of 21 can be charged with a DUI. This is a Class C offense that carries a fine of up to $500 and may include a license suspension of 60 days.

If you have been charged with a DUI or DWI and you are under 21, a conviction can derail your career before you have even started out. It’s important to contact an experienced Fort Worth DUI/DWI attorney as soon as possible. Follow this link to contact the Medlin Law Firm.