Is there a Defense of Affluenza? Ethan Couch Seeks Jail Release

Ethan Couch and the so-called defense of affluenza have seldom been far from the headlines in recent years. Now the teen’s defense team is seeking to release him from jail in Tarrant County.

Ethan Couch’s lawyers are seeking his release from jail, claiming the judgments imposed by Salvant, a Tarrant County Criminal Court judge, are null and void and the case against him is a civil juvenile matter rather than a criminal prosecution. 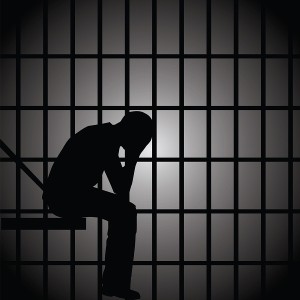 Ethan Couch is finally in jail. He previously used the defense of affluenza

The Background to the Affluenza Defense

When Couch was 16 he was involved in a car wreck in June 2013. Four people died in the crash and the teen was found to have a blood-alcohol level three times the legal limit of an adult. See our Tarrant County defense lawyer’s overview of DWI.

The so-called “affluenza” defense was derived from his trial in juvenile court in 2013. A  psychologist testifying for the teen said he suffered from “affluenza.” He defined it as an affliction because he was spoiled by his parents and incapable of distinguishing right from wrong.

Dick Miller, the psychologist who used the term, later told CNN he regretted it.

When Couch was convicted of intoxication manslaughter the judge sentenced him to 10 years of probation in the juvenile system. The penalty caused an uproar from the families of the victims and others who mocked the affluenza defense. They claimed Couch’s family’s wealth kept him out of jail.

There is no recognized defense of affluenza and our Fort Worth criminal defense attorneys are not aware of it being used on any other occasions.

The controversy did not end with the sentence. Almost a year ago, a video on social media showed Couch at a party where alcohol was consumed. It was an apparent violation of his probation.

The teen’s mother Tonya Couch fled with him to a Mexican resort town amid widespread publicity. The pair was later arrested and returned to Tarrant County.

Couch’s probation supervision was switched to the adult system in April 2016 when he turned 19. Salvant then ordered him to serve 720 days in jail. The sentence was comprised of 180 days for each of the four crash deaths.

Tonya Couch was indicted by a grand jury in May on charges of money laundering and hindering apprehension of her fugitive son. She was released on bond and placed under house confinement.

Due to a gag order, Ethan Couch’s attorneys have not commented further on the bid to release him.

Some unusual defenses have been aired in Tarrant County’s courts in recent years, but affluenza is one of the strangest. The case highlights how a criminal lawyer may find a defense that is pertinent to your case. Call our Tarrant County criminal defense attorney today for vigorous representation at (682) 204-4066, if you were charged with a DWI or another crime.