Texas has a formidable reputation for locking up defendants. Although the state has moved to reduce its prison population in recent years there are some obscure ways you can be locked up. These include defaulting on the renting of furniture.

Recently, an investigation found that while most businesses use civil remedies when customers fail to pay their debts, the rent-to-own industry has its own special tool under Texas law that lets it file criminal charges.

An investigation by the Texas Tribune and NerdWallet found furniture rental companies can use a little-known law written years ago to take criminal sanctions against defaulters.

It’s a law that can lead to the jailing of an offender over a dispute over a sofa, or a wide screen TV.

The investigation found in some cases the customers already paid thousands of dollars when they default. 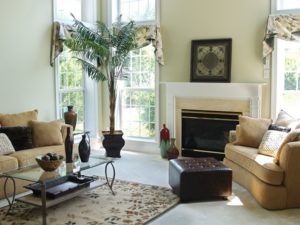 How defaulting on renting furniture can land you in jail

However, if they fail to pay the outstanding balance, they can be charged with the theft of service charges, even if they give the furniture back.

The investigation found furniture companies are relentlessly pressing ahead with criminal charges in many cases, although given the disparate standards of keeping records from county to county, it’s not clear how many people were arrested and prosecuted.

The report stated McLennan, where Waco is located has seen at least six rent-to-own companies bringing charges against more than 400 customers in just under four years, police offense reports show.

Waco Police Department records found more than half of those defendants sent in payments for at least two months.

It seems unduly harsh that people who default on furniture payments are charged with theft offenses in Texas. The elements of this behavior fail to comply with some of key characteristics of theft.

The law being used by authorities in Texas to prosecute rent-to-own customers became part of the Texas Penal Code in 1977. The Tribune reported only two people testified in favor of the bill at the time, two for the rental industry. There was no opposition.

If you have been charged with an offense of this nature, it’s important to seek a free initial consultation with a Texas criminal defense lawyer.