There has been plenty of speculation about the extent of immigrant crime in Texas and elsewhere in recent months.

Those opposed to immigration quickly jumped on the arrest of Juan Navarro Rios, a Mexican who went by the aliases Silvestre Franco-Luviano and Guillermo Luviano-Franco.

News reports stated Rios, who was charged with fatally shooting two people in Dallas, is an illegal immigrant who had been deported three times.

The outlets cited US Immigration and Customs Enforcement, (USCIS), the federal agency that oversees deportations. 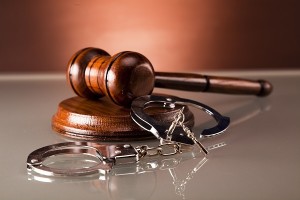 The Blaze reported Rios allegedly shot at vehicles. A bullet hit and killed 33-year-old Ruben Moreno. Rios is accusing of traveling to a nearby intersection, firing more shots, and injuring a woman.

Police said Rios was linked to other crimes including a kidnapping and setting fire to an apartment he was in during a standoff with police. According to reports, he is an undocumented immigrant who was deported in 2006, 2009 and 2014.

The arrest of Rio puts the spotlight on immigrant crime, an issue raised prominently by Donald Trump, the Republican nominee for the White House early in his campaign. Trump said.

The Washington Post reported that Trump’s comments ran counter to official research on immigrant crime. Research carried out in 2014, by Northwestern University is a case in point.

The academic’s work pointed to some link between immigration and property crimes. He said this effect is only linked to the poorest immigrants from countries such as Mexico.

If you are accused of a violent crime you are likely to be facing a very serious sanction. If you are an immigrant it can be difficult to know where to turn.

Our Fort Worth criminal defense attorney brings decades of experience in criminal matters to bear on your case. Call us at (682) 204-4066.