Most people expect police and prosecutors to be meticulous in the preparation of their cases.

However, little thoroughness was apparent in the work of a Houston police investigator who made mistakes in 65 cases, including homicides and shootings involving police officers, dating back to October 2015, reported Associated Press.

The Harris County district attorney’s office issued a statement to say it’s notifying the defense attorneys of the errors. 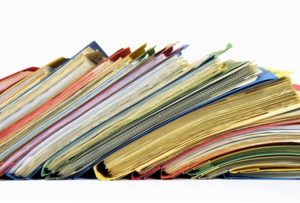 Case errors were made in 65 cases in Houston

The extent of the problem was made clear in an audit of the work conducted by the unidentified officer.

The audit looked in depth at 88 Houston police cases. It found many instances of incomplete documentation, misplaced evidence and administrative mistakes. The cases in question included 26 homicides as well as five police officer-involved shootings.

As experienced Fort Worth criminal defense attorneys we were alarmed to read this report. It’s not clear what impact it may have had on convictions.

The officer accused of making the mistakes was reassigned to a patrol division. A supervisor who failed to notice a string of errors was temporarily removed from oversight duties.

Errors by police investigators occur more commonly than many of us believe.

As DWI defense attorneys, we see numerous mistakes made by police in stopping suspects.

Often a police officer will stop a driver even though he or she lacked justification for the traffic stop. In these cases, any evidence can be suppressed on a motion from your attorney. Your case may be reduced or dismissed if the stop was not valid.

Another common mistake police can make is not reading you your Miranda rights before an arrest. These mistakes can lead to the evidence police collected in such circumstances being thrown out.

Also, police often stop members of the public without reasonable suspicion that they have committed an offense.

These stops by law enforcement officers are sometimes referred to as “Terry stops” after the landmark 1968 case of Terry v. Ohio.

A Terry stop must be based upon “reasonable suspicion” that the person who was stopped may have been engaged in criminal activity. An arrest requires “probable cause” that a suspect committed a criminal offense.

If you have been impacted by a police mistake, our Fort Worth criminal defense lawyer can help you. Please call us for a free consultation today.