The criminal reform agenda was active in Texas in 2017. Climatic factors like heat and hurricanes also had an impact.

After Hurricane Harvey hit the coast of Texas in the summer of 2017, five Texas prisons were evacuated.

A report in The Nation noted some inmates were left with little food in unsanitary and flooded prisons.

Hundreds of evacuated inmates ended up at a notoriously hot prison that was already at the center of an ongoing lawsuit about overheating.

In July 2017, a federal judge ruled that the lack of air conditioning at the Pack Unit where temperatures regularly hit 100 degrees plus, constituted cruel and unusual punishment.

Nearly two dozen inmates lost their lives from heat stroke in Texas prisons in the last 20 years. Almost 75 percent of the prisons in question lack air conditioning in the areas where inmates live. The brutal conditions impacted the criminal law reform agenda.

The judge ordered that all inmates with medical sensitive issues housed at the Pack Unit be moved to a prison with air conditioning. However, as Hurricane Harvey approached prison officials evacuated some prisons and used the nearly empty Pack Unit for temporary accommodation. 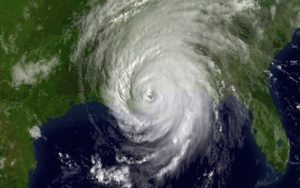 A report in the Texas Tribune noted many criminal justice bills failed statewide in 2017.  John Whitmore, D-Houston, submitted a bill to reform bail by speeding up the release of defendants who are unlikely to skip court or re-offend. The measure failed.

Some other criminal justice reform efforts did not make it onto the statute books despite bipartisan support. They included measures to raise the age at which a young offender is considered an adult to 18 and to restrict civil asset forfeiture.

Some policing bills made it out of the legislature. They included a law to mandate high school students to undergo training on interactions with law enforcement officers.

Another law reinforced an existing statute requiring departments to report police shootings to the state, creating a penalty for a failure to do so.

Bland, an African American woman, took her life in a cell after an arrest sparked by a traffic infraction. The new act mandates independent agencies to investigate deaths in jail and makes it easier for mentally ill defendants to be released.

Also in Texas, a bill making attacks on police a hate crime was signed. If you have been charged with criminal defense in Texas, please call the Medlin Law Firm.