Sandra Bland Act is Criticized as a Missed Opportunity

The family of a woman whose death in a Texas jail cell sparked a review has criticized a bill meant to safeguard people in a similar situation in the future. Family members slammed the Sandra Bland Act as a missed opportunity.

Lawmakers pared down the criminal justice reform bill in May, the Texas Tribune reported.  The bill passed by the Texas Senate now focuses predominantly on mental health issues and the operation of county jails.

Sandra Bland took her life in a cell in 2015. The African American woman from Illinois was found dead in the Waller County Jail shortly after her arrest during a routine traffic stop.

An argument between Bland and a Public Safety Trooper escalated and she was jailed. 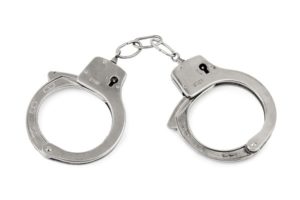 Legislation to address some of the issues raised by Bland’s death has been discussed by Texas lawmakers for the last few months.

The “Sandra Bland Act” as passed in the Senate would force county jails to divert people suffering from mental health and substance abuse issues toward getting treatment.

Under the legislation defendants who are arrested with a mental illness or intellectual disability would receive a personal bond. Independent law enforcement agencies would investigate jail deaths.

But key provisions that would impact police apprehending suspects were struck from the legislation.

Public Safety Trooper Brian Encinia stopped Bland when she failed to signal a lane change. The situation deteriorated when she would not put out her cigarette. She was later charged with assaulting a public servant. However, dash cam footage in the trooper’s car disputed this.

Sharon Cooper, the sister of Bland said the revised bill lost sight of the root causes of why Bland was jailed in the first place. She said she was disappointed by the bill that passed the Senate.

Cooper said Bland’s traffic stop should not have resulted in a citation in the first place.

Rep. Garnet Coleman filed a similar bill that was left pending in a House committee. He said although he is also disappointed, getting a bill out with Bland’s name on it was a “huge milestone.”

We have discussed the Sandra Bland legislation before in this blog. It’s regrettable that some of the provisions that could help stop a traffic stop escalating into something more serious were removed from the bill.

If you have been arrested in Texas, your rights are important to us. Please call the Medlin Law Firm today for a free consultation about your case.