The role of a grand jury in Texas was illustrated by a recent case in Parker County in which a man who shot and killed another in a fight was not indicted on a murder charge.

Calvin Pederson, 17, an Azle teen was taken into custody in May when he was accused in the shooting death of a Weatherford man during a fight, according to records with the Parker County Sheriff’s Department.

Deputies responded to an emergency call one Friday night in May on Joyce Street near Weatherford where they found the victim David Malone lying on the ground of a duplex parking area suffering from a gunshot wound.

Although Pederson was booked into the jail on a murder charge, in August a grand jury declined to indict him on that charge. Instead, he was indicted on a charge of theft of a firearm. 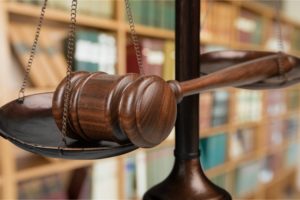 The grand jury’s decision shocked Malone’s family. Parker County Assistant District Attorney Jeff Swain said the grand jury took the information that was presented to it and reached a decision. He could not comment on a pending case.

Grand jury proceedings are closed to the public and it can be a challenge to find out what goes on behind closed doors. The jurors deliberated for more than an hour before deciding not to indict Pederson on a charge of murder.

Pederson’s attorney said he understood the grand jury relied on the defense of self-defense. He had no information on the theft of a firearm charge.

Two members of Malone’s reportedly were given few details on the firearm charge.

Malone’s friend Julie Wilkins of Fort Worth said she was maddened by the decision and it was unexpected.

Malone’s aunt, Brandi Sythavong of Conway of Arkansas said she was shocked by the grand jury decision which she branded “crazy.”

Texas guarantees a right to an indictment by grand jury in all felony cases. However, the system is arcane and has been criticized in recent years.