White collar crimes may not cause the same level of fear as violent crimes but the penalties can be very serious. Recently, a former businessman from Killeen in Texas received a prison sentence for the embezzlement of more than $2 million.

A report on KWTX.com stated 69-year-old Hubert Norman Kott was sentenced to 10 years in a state prison for embezzlement. 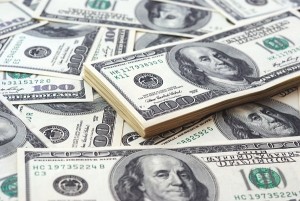 Large sums of money are often involved in embezzlement

Judge Fancy F. Jezek sentenced the former businessman after he admitted the theft of more than $200,000. He received 10 additional years on deferred probation on a charge of misapplication of fiduciary or financial property. He was ordered to pay as much as $1 million in restitution in cash and property.

The TV station reported Kott was arrested in 2014. He was accused of stealing more than $2 million from the 195 Lumber Co. since 2009.

What is Embezzlement in Texas?

Embezzlement is essentially employee theft. Anyone who is put in charge of cash from a cahier to a chief financial officer may be investigated by an employer and charged with embezzlement if he or she is found to be taking money.

When financial theft allegations are forthcoming, you can face charges of embezzlement.

There are several ways you could be caught up in an embezzlement case.

The penalties for embezzlement can be severe and depend on the amount you are convicted of stealing. If you steal $1,500 or less, you will face a misdemeanor. Theft of more than $200,000 can result in a first degree felony that carries a sentence of 5 to 99 years in jail.

Penalties are enhanced if you are considered to be a “public servant.” You can find out more about white collar crimes in this article.

If you have been charged with embezzlement, please contact our Tarrant County criminal defense lawyer at (682) 204-4066.