If you are arrested for driving while intoxicated (DWI) you may feel it can’t get any worse. You may not realize you have a stronger case than you think. However, there are some things you can say or do that can seriously undermine your case.

It’s important to keep things in perspective. Think about your case and don’t say or do anything that will make matters worse. 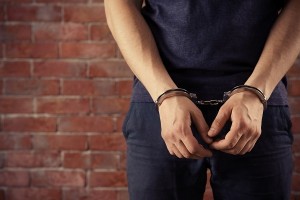 Here are five mistakes you can make after a DWI arrest.

1 Admit You Are Drunk

Even if you have been drinking alcohol, you should not admit you are drunk. If you provide evidence that you drove while believing you were intoxicated, it will be used against you in court.

If a police officer asks you how many drinks you have had, politely invoke your right to silence. Do not make any link between alcohol you have consumed and poor or dangerous driving. The less you say to a police officer, the better.

2 Argue with a Police Officer

If you become aggressive with a police officer, you may end up being charged with an additional offense such as assault and you may be harmed. Although you may refuse a field sobriety test or a breath test, you should do this politely and avoid confrontation.

Police officers have well-honed interrogation skills and an air of authority. It can be tempting to help them as much as possible.

You should be aware that the more you say to a police officer, the greater the risk of incriminating yourself. Don’t fall for police scare tactics and say as little as possible. Follow the instructions given to you by a police officer but don’t volunteer information. Declining to answer a question until you take legal advice is often a sensible strategy.

However, revealing too much information may provide prosecutors with evidence to convict you of a DWI or a DUI. Don’t buy into any scare tactics that police use. Follow their instructions and don’t lie, but do not feel obligated to divulge information during their questioning.

4 Say You Did Not Drink Alcohol If You Did

You should not lie to a police officer. If you say you consumed no alcohol and you then fail a breath test or a blood test, other things you say in court may be deemed to be unreliable. If you exercise your fifth amendment right to silence, you won’t be accused of lying.

5 Say You Don’t Want an Attorney

You should not waive your right to an attorney at a traffic stop. This may lead a police officer to seek to take advantage of you. It’s important to hire an attorney as soon as possible to protect your rights. A lawyer can help you fight your case from the outset. If you retain a lawyer in time, he can help you prepare your case for the Administrative License Revocation Hearing which could help you keep your license.

Few people expect to be arrested for a DWI. The way you conduct yourself in the short time after a traffic stop can make or break your subsequent defense. Find out more about our vigorous DWI defense here.