Five Statements that Can Hurt You During a DWI Arrest

If you are stopped on the suspicion of driving while intoxicated (DWI) how you conduct yourself and what you say at the scene is vitally important to your future case.

In terms of what you say during a DWI arrest, less is more. You should avoid talking to police at the scene of arrest because anything you do say can be used against you.

Some people make the mistake of thinking they can say what they want before they are read their Miranda rights and it won’t be admissible. This is not the case. A police officer only needs to read you your rights when you are in custody and he or she is seeking to interrogate you. 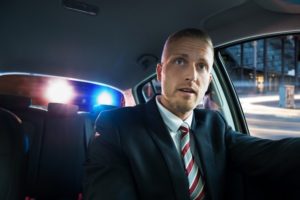 DWI statements you should not make

Even the most innocuous statements made during a DWI arrest can be used against you.

Here are some things you should never say during a DWI arrest.

You should never volunteer information like this. It’s the job of a police officer to establish if you are impaired to why make it easier for the officer. Statements like this will come back to haunt you in court.

2 I used medication and it made me feel drowsy

You should not admit to any factor that meant your driving was impaired. By admitting you are not in control of your vehicle, you will help the prosecution case.

3 I Wasn’t Aware of the DWI Limit

Ignorance of the law is no defense to a crime. If you say you were not aware of the 0.08 percent blood-alcohol content to drive in Texas, it will only serve to harm your case.

Often drivers who are pulled over by the police will do everything to comply with what the officer tells them. This can be a mistake. There’s no requirement to take part in roadside sobriety tests and if you perform badly it could harm your case if subsequent tests are borderline. There have even been cases in which drivers have passed breath tests but evidence of possible impairment from sobriety tests has been used against them.

You should politely decline to take part in field sobriety tests.

5 I Don’t Need an Attorney

You should not waive your right to an attorney. Often an experienced Tarrant County DWI defense lawyer can prevent you making mistakes that might prove costly to your subsequent case.

In all dealings with the police at the roadside you should be polite and not argumentative. If you lose your temper you could be charged with assault. Aggressive motorists face a greater danger of being violently restrained by police,

Most officers will respect the fact you have rights. However, you are obliged to provide certain details like your driver’s license, proof of insurance and registration on request.

As a rule of thumb, you should not volunteer any information beyond these basic details. You are not obliged to answer questions such as how much you drank, where you are going or whether you were aware of a traffic violation.

Tell the police officer you need to speak to an attorney first. Anything you do say can and will be used against you in court.  Call the Medlin Law Firm today.