Social media has expanded recently in recent years and with it the ability of law enforcement officials to use it to gather evidence and to even track down suspects. Recently, federal investigators say they used Facebook to track down an alleged killer from Michigan to Texas.

Stephen Marcus Gilbert, 31, was charged with homicide and four other felonies in connection with the slaying last October of Clarence Williams, in Flint, Michigan, according to court records.

A report on MLive in Michigan said while Gilbert was tracked to Dallas via Facebook, he still evaded authorities. 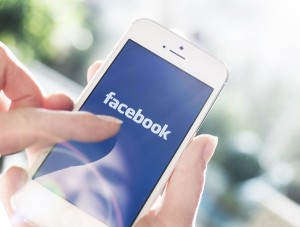 Court records said an arrest warrant for Gilbert was issued on Nov. 22 in Genesee District Court for first-degree murder, assault with intent to murder, carrying a concealed weapon, felon in possession of a firearm, and four counts of felony firearm.

Gilbert is accused of fleeing the state to avoid prosecution for the killing, states a criminal complaint filed Dec. 22 in Flint U.S. District Court. Gilbert is on the FBI’s Most Wanted list.

A source with Michigan State Police confirmed to the local TV station that Gilbert fled to Texas, according to the criminal complaint. Hurt tracked down an address for the woman in Dallas. He asked Dallas FBI for help.

Despite the information gleaned from Facebook, Gilbert managed to evade capture, MLive reported.

Police Use Facebook and Other Social Media to Solve Crimes

This case is not an isolated example of how police are using social media to track down offenders. Recently, Small Business Trends compared social media to “digital fingerprints.”

The article said people leave small clues about what they are doing all over the Internet. Social media is no exception.

Millennials are increasingly invested in sharing their lives on social media. The article warns many of them may be over-sharing.

Posts on Facebook, Twitter, YouTube, Instagram and other social media sites often result in arrests and convictions for drunk driving, theft, drug offenses, assault and white collar crimes, Police are monitoring these sites. Many social media sites have locational services that can reveal the whereabouts of a user.

You should be very careful about what you post on social media. Our Fort Worth criminal defense lawyer highlights the common mistakes people make after an arrest here. If you have been charged with a crime, you should never publish any details about it on social media. It is inadvisable to use social media at all.

For more help and assistance relating to criminal charges in Tarrant County call us today.