Everyone who is convicted of a crime in Texas is entitled to an appeal. However, you have to act fast to take advantage of the criminal appeals process in Texas.

The appellate court will review the record to see if a legal error entitles the defendant to a new trial. 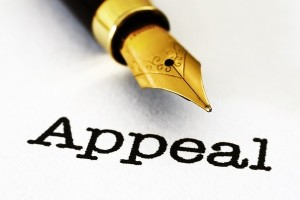 The criminal appeals process relates to errors in the original trial

1 Can New Evidence Be Introduced?

No. The appeals process is essentially a review of the trial to see if it was fair. It looks at the actions taken by the trial judge and whether any rulings made before or during the trial were fair. Factors like improper testimony by a witness may be a factor that allows an appeal. For example, the appeal of Texas death row inmate Duane Buck went all the way to the U.S. Supreme Court because racist testimony from a defense expert was allowed that may have swayed the jury. The justices decided the evidence should not have been admissible and ordered a re-trial.

2 Who Decides the Appeals?

In Texas, the initial criminal appeal goes to one of 14 appellate courts, unless it’s a death penalty case. Each appeal is decided by a panel of three judges and the courts of appeal hear both criminal and civil appeals.

3 Can The Defendant Remain on Bond Before the Appeal is Held?

This depends on the seriousness of the offense the defendant has been convicted of. Certain serious offenses such as those involving violence or sexual conduct against a child will bar the defendant from remaining on bond during the appeals process.

However, the defendant is usually eligible for bond pending appeal if the sentence is less than 10 years.

4 What Happens if a Defendant Wins an Appeal?

If the judges in an appellate court conclude an error was made or evidence was incorrectly included or excluded by the trial judge, the case will be return to the trial court for a new trial. At this point, the prosecution has the option of either proceeding with the case or dismissing it.

At the Medlin Law Firm, our experienced criminal attorney can represent you in your appeal. Read more about the firm here, or call us for a free consultation.