Athletes are frequently in the news after being hit with drunk driving charges and other offenses in Texas. Former Maryland and NBA star Steve Francis is the latest to end up in trouble with the law after a drunk driving arrest.

Francis was arrested for a misdemeanor DWI in Nov. 2016, reported the Washington Post.

ABC 13 reported the former Houston Rocket Steve ‘The Franchise’ Francis was then hit with a burglary charge in Manatee County, Florida, after police heard about the DWI charge. 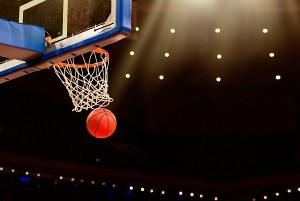 The news channel KTRK reported that Francis posted bond on his DWI charge soon after his arrest but returned to Houston police custody after he was hit with the Florida charge following a June incident outside a restaurant in Bradenton.

Numerous basketball, football, baseball and other stars have been charged with criminal offenses such as DWIs and assaults.

The former heavyweight boxing champion pleaded guilty to drug possession and driving under the influence after being stopped at a traffic spot. Officers found bags of cocaine in his car and charged him with a DUI as well.

The former MLB pitcher for the New York Yankees and the New York Mets was charged with driving under the influence of drugs and fleeing the scene of a wreck. The offense occurred at 9 a.m. and he was driving his son to school. Gooden was also charged with child endangerment and a series of motor vehicle violations.

Olympic swimmer Michael Phelps was arrested for the second time for drunk driving in 2014. He later said it was a cry for help and he checked into rehab, reported USA Today. Phelps went on to achieve further Olympic glory in the 2016 games in Rio.

There may be mitigating factors in any DWI arrest. At the Medlin Law Firm, we are aware that the punishments are harsh in Texas for DWI offenses.