The Enron scandal early in the Millennium became a byword for white-collar crime. Recently, a former executive was sentenced for providing false information before filing for bankruptcy.

Jeffrey Adam Shankman, the former head of the global markets division of Enron, was sentenced to six months in prison and three years of supervised release last October for providing false information about ownership interests in a real estate-related partnership before he filed for bankruptcy

The San Francisco Chronicle reported on the sentence by U.S. District Judge Vanessa Gilmore. Three years earlier, a federal grand jury indicted the former executive with Enron on 24 counts of bankruptcy fraud and concealment of assets. Those assets included art and jewelry valued at $952,000. Shankman filed for Chapter 7 bankruptcy in 2008.

Enron became synonymous with big white-collar crime at the start of the millennium. 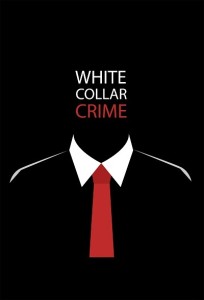 The energy company with roots in Houston, Texas marketed natural gas, electricity,  and other commodities, and provided financial and risk management services to thousands of customers around the world.

It was once listed as the sixth-largest energy company in the world. However, after a spectacular collapse, most of Enron’s top executives faced trials for fraud.

They had overstated the company’s earnings by several hundred million dollars.

Top Enron executives sold their company stock before the company’s downfall and received millions of dollars from Enron.

However, lower-level workers were unable to sell their stock due to restrictions. Many of them lost everything when Enron collapsed.

In December 2001, Enron filed for Chapter 11 protection. At the time it was the largest bankruptcy in U.S. history. Thousands of people who worked for Enron were left with worthless stock in their pensions.

Lengthy prosecutions spanned much of the subsequent decade. In May 2006, a jury found former CEO Jeffrey Skilling and founder Kenneth Lay guilty of fraud and conspiracy. Lay was convicted of six counts and Skilling of 19 counts of conspiracy, false statements, fraud, and insider trading. Skilling was acquitted of nine counts of insider trading.

Lay died of a heart attack two months after the verdict. Skilling was sentenced to 24 years in jail.

Other executives of Enron received lesser sentences. In 2013, a federal judge shaved 10 years off Skilling’s sentence on the condition that he stopped challenging his conviction and forfeit about $42 million to be distributed among the victims of the Enron fraud, reported CNN.

The Enron scandal illustrates the complexity of white-collar crimes and how long these cases can take. It also highlights the very heavy sentences associated with these crimes. Gary Medlin of the Medlin Law Firm has more than 32 years of experience in criminal defense matters. He is uniquely qualified to defend you if you have been hit by criminal charges.