State crime labs perform tests vital to the administration of justice like DWI and DNA testing. However, a proposal by the Texas Department of Public Safety to start charging for these labs earlier this year provoked an outcry.

The DPS shocked the law enforcement community in July when it announced in a letter that it would start charging local agencies for the use of state crime labs. This service was previously free. The department said the Texas legislature had forced the change on it.

However, just over a month later Governor Gregg Abbott announced the state was dropping the proposals to charge for crime lab testing, reported the Texas Tribune.

In a news release DP stated:

“After being informed of Governor Abbott’s decision, legislative leadership agreed. DPS will continue to provide high-quality expert analytical services to our law enforcement partners at no cost to these agencies.”

The Tribune report stated DPS planned to start charging fees in September. It was proposing to charge $550 per DNA analysis. 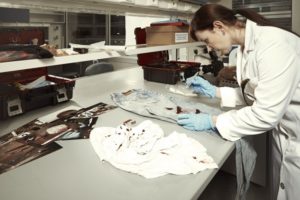 The announcement that agencies would be charged for crime lab testing provoked an outcry.

Lane Akin, the Sheriff of Wise County in northern Texas, responded by saying he would start charging DPS to house state prisoners at his local county jail, reported the Houston Chronicle.

Crime labs in Texas have come under scrutiny in the past for using outdated methods to examine DNA samples containing genetic material from multiple people in cases.

These issues led expert witnesses to overstate the reliability of this evidence in court, reported the Washington Times.

In Travis County in Texas, prosecutors joined a massive statewide effort to re-evaluate cases affected by these miscalculations. However, the Austin Police Department’s crime lab which was recalculating thousands of cases was shut down last year amid concerns about testing.

Although the measure was meant to be temporary, the lab is yet to re-open. Recently, the Austin Police Department said it would send faulty DNA cases to the University of North Texas Health Science Center to find out if retesting should be carried out.

Issues such as crime lab testing in Texas are vital to criminal justice. Proposals to charge and flaws in DNA testing are of concern to our Travis County criminal defense lawyers.  If you have been charged with an offense, please call us today for a free consultation about your case.