Definition of Crime of Violence is Discussed by U.S. Supreme Court

The definition of a “crime of violence” was the subject of legal argument during a recent hearing at the U.S. Supreme Court.

In November 2016, the Supreme Court considered the case of Beckles v. United States.

Travis Beckles was arrested in 2007 when a sawed-off shotgun was found in his home. Beckles had previous felony convictions, mainly for drug possession and selling. 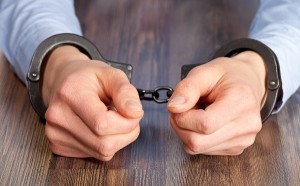 He was convicted of the crime.  During the sentencing part of his trial, the district court asserted that Beckles was an armed career criminal under the provisions of the Armed Career Criminal Act (ACCA).

The ACCA is a federal law that comes with tough sentencing guidelines. Beckles faced a sentencing range from 360 months to life in prison.

The court sentenced him to 360 months in prison, five months of supervised release and a fine of $5,000.

Beckles appealed the sentence. His attorneys argued the guidelines imposed an unreasonable sentence and his previous convictions failed to qualify as “violent felonies” under the ACCA provisions. He argued possessing a sawed-off shotgun was not a “crime of violence” under the sentencing guidelines.

The U.S. Court of Appeals rejected Beckles’ arguments and reaffirmed his sentence.

However, the highest court in the land vacated that decision and remanded the case for reconsideration in light of the case of Johnson v. United States. This case rejected the “violent felony” definition as being too vague.

The appellate court again upheld Beckles’ conviction and sentence on remand. The justices concluded possession of a sawed-off shotgun was a “crime of violence.” The court decided the Johnson decision did not affect Beckles’ case because it was not sentenced under a residual clause of ACCA but followed express language from the Sentencing Guidelines about sentencing enhancements for crimes of violence.

The Supreme Court recently considered the question of whether the residual clause defining a “crime of violence” contained in the Sentencing Guidelines was the same as the clause it held to be unconstitutional in Johnson v. United States. A decision is pending in this important case.

The justices also looked at whether the possession of a sawed-off shotgun constitutes a “crime of violence” under the terms of the Sentencing Guidelines.

At the Medlin Law Firm, we help many defendants who are accused of crimes of violence such as gun crimes and assault in Fort Worth. It’s of concern that the courts have ruled a key federal test as being overly vague.  If you are sentenced under the Armed Career Criminal Act (ACCA), you may end up spending a long period in prison.