Over the last year, a series of appeals have granted Texas death row inmates a stay of execution.

Rodney Reed was not one of them. In April the convicted murderer’s request for supplemental DNA testing was rejected by the highest court in the State of Texas.

The unanimous decision of the Texas Court of Criminal Appeals dealt a massive blow to Reed’s efforts to avoid the ultimate punishment.

The justices said he was not eligible for testing on items related to the murder of Stacey Stites in 1996, reported The Statesman. 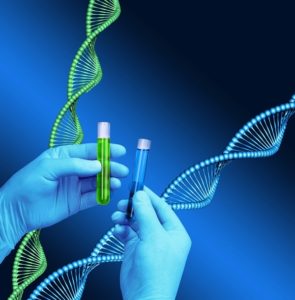 The defense had warned of the possibility of cross-contamination of the DNA evidence used in the original trial.

However, the justices said Reed’s attorneys were not able to prove the DNA results would have changed the eventual outcome of his trial. They said the standards allowing testing were set by state law.

The defense team for Reed claimed the court decision was a flawed misrepresentation of state law.  Lawyers said the Texas legislature intended to make sure comprehensive DNA and other testing was carried out before an inmate was sent to his death.

Reed has been close to execution before. Two years ago, he was 10 days from execution when the Texas appeals court asked to look at his request for modern DNA testing.

The defense team was hoping to show Reed did not kill Stites and the real killer was her fiance, Jimmy Fennell. Reed claimed he was having an affair with Stites, a fact that explained the presence of his semen in her body.

He argued the discovery of the affair gave Fennell a motive for the murder. Prosecutors claimed the DNA evidence showed Reed raped Stites shortly before she was strangled.

The Statesman reported the 19-year-old was found dead by a road in Bastrop County. She was killed just over two weeks before her wedding date. Fennell was later sentenced to 10 years in prison for the sexual assault and kidnapping of a woman in his custody as a Georgetown police officer.

In capital murder cases when the life of a defendant is on the line, it’s vital that all relevant evidence is considered. The accused is innocent until he or she is proven guilty.