Date rape has been in the headlines in recent years, particularly on university campuses where reports have alluded to thousands of unreported sexual assaults every year.

A recent report in the Lubbock Avalanche-Journal chronicled the experience of a young woman at Texas Tech who claimed she was raped on the campus in 2013.

The report said she went out drinking with friends and was sexually assaulted that night. She woke up to find a male student was having sex with her, she said. 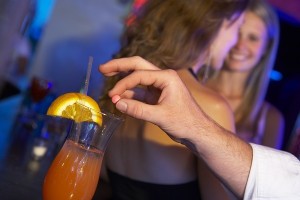 date rape can involve a drink being spiked

The information came via the Texas Public Information Act. The report said there were nine forcible sex offenses in Lubbock’s Tech campus in 2014.

Date rape is not a term that has a clear legal definition but it generally means a sexual assault in which the perpetrator and victim know each other. They made have been on a date and sex took place. In some cases, alcohol or even a date rape drug can be a factor. This can complicate the situation due to memory loss on the behalf of the victim.

Sexual assault, commonly known as rape, is a serious criminal violation under Texas law. It is outlined in the Texas Penal Code and includes a range of sexual activities that are carried out without the victim’s consent.

The charge may be elevated to become an aggravated sexual assault in the following circumstances:

Rape is a very serious crime. However, there have also been instances in which false rape claims have been brought to discredit or punish a defendant. These cases can become he said/she said battles which is why forensic evidence is so important.

However, forensic evidence will be of little use in a case where one party says sex was consensual and the other denies it.

The key defenses to sexual assault include lack of intent, lack of knowledge, the victim’s consent and insanity of the defendant.

Given that sexual assault is typically a second-degree felony carrying a sentence of two to 20 years in a state prison and/or a fine of up to $10,000, it’s vital to hire an experienced Texas criminal defense lawyer to help you fight these charges.