Most homicides involve weapons like guns or knives but in an unusual case in Dallas, a salon worker was convicted of murder by injecting a client’s buttocks with industrial-grade silicone.

A jury found Denise “Wee Wee” Ross guilty of murder and practicing medicine without a license. Prosecutors said she gave women illegal butt injections. In one case the practice proved to be deadly.

Wykesha Reid, received three illegal “butt injections” from Ross, according to her daughter, a U.S. News report stated. Reid was found dead at the salon in 2015. The silicone from the injection traveled to the victim’s heart and into her lungs. 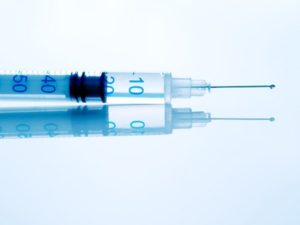 Reid’s body was discovered inside an unlicensed salon in Deep Ellum, Dallas in February 2015. Prosecutors said Ross and her business partner Jimmy “Alicia” Clarke, left the victim’s body overnight after she died. Clarke returned the next morning and called the police to report finding Reid’s body.

A report on WFAA stated Ross gave out illegal butt injections for more than three years in the Dallas area.

Dallas police said clients were told they would be getting saline or “hydrogel” shots. However, the real substance used was industrial grade silicone. Ross used super glue and cotton balls to seal the puncture wounds.

Police also charged Clarke with murder. However, the charge was reduced to manslaughter after Clarke testified against Ross during the trial. Her trial was scheduled for June while Ross faces a life term in prison.

Murder is one of the most serious offenses you can be charged with in Texas. The Lone Star State classifies murders as capital murders and murders rather than using the term first-degree and second-degree.

In cases like the Dallas salon death, the prosecution does not need to establish an intent to kill to get a murder conviction. Deaths that occur during the commission of a crime such as robbery or on account of recklessness, can be classified as murder.

At the Medlin Law Firm, we are well aware of the seriousness of a murder charge and know the strategies to fight it. See more about homicides here or call us for a free consultation today.