Texas has a criminal trespassing law. The charge is a misdemeanor but it can still affect your prospects if it’s on your record.

This is particularly the case if you are in a professional that is meant to set an example. Recently, a police sergeant in Dallas was arrested in Southlake on suspicion of trespassing. 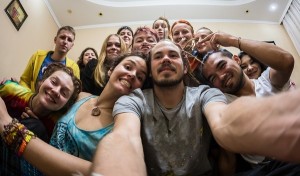 The trespassing charge followed a party in Southlake

The case of a 26-year-old veteran, Zackary Kerr was reported in the Dallas Morning News.

Kerr was reported to have been with the department for 26 years. He was briefly incarcerated in Keller City Jail but was released after posting bond. He was placed on administrative leave with his department pending an internal-affairs investigation. The Fort Worth Star-Telegram reported he was arrested after he attempted to pick up his daughter from a party.

A report on a local TV channel said Kerr kicked in the door of a house. He believed his underage daughter had been drugged at a party, a report on WFAA-TV stated. Another officer knocked on the door. When nobody answered, Kerr allegedly kicked the door in.

The Law of Criminal Trespass in Texas

There are similarities between burglary and criminal trespass in Texas but they are different crimes. Burglary is a more serious crime.

In order to secure a burglary conviction, a prosecutor must prove a defendant entered a property without the consent of an owner and intended to commit a theft, an assault or another felony. Breaking into a car or a coin-operating machine can also be burglary.

Defense to Criminal Trespass in Texas

There are a number of defenses to trespass in Texas, namely:

If you were charged with criminal trespass, our Fort Worth defense lawyers may be able to help you. Find out more about our firm here.