Dallas Man is Arrested over Heroin Supply in McDonalds Death

When the alleged supply of drugs is linked to a death, a federal prosecution normally follows. Offenses involving narcotics carry a heavy sentence. In a recent arrest in Texas heroin supply is alleged to have led to a death.

A man from the Dallas area is accused of selling heroin that caused a young woman to have an overdose and die at a McDonald’s restaurant in Farmers Branch in Dallas last year.

A report on CBS said Rogelio Bernal, 20, of Dallas, was charged by federal criminal complaint over his alleged role in selling heroin that resulted in the death. 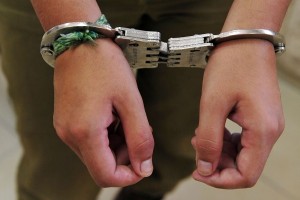 Additionally, two other men were also charged with federal offenses of trafficking of illegal narcotics. U.S. Attorney John Parker said deaths from heroin supply are no longer rare. He stated:

“Tragically, heroin deaths like this are not isolated events anymore. We obviously can’t bring this life back, but we can, together with our state and local partners, bring the full weight of law enforcement to bear on finding and prosecuting those who sell this poison. We will find you.”

If you have been charged with a crime like drug trafficking or conspiracy to distribute, it’s important to get legal help fast.

More and more people are dying of drug overdoses as cheaper heroin floods the U.S. market. Texas has some of the strictest drug laws in the country and these crimes are being prosecuted more vigorously both in state and federal courts.

As a former assistant district attorney in Tarrant County, Gary Medlin has dealt with numerous drug cases and knows the methods used by prosecutors to hit defendants with severe sentences.

Please contact our Tarrant County criminal defense attorney as soon as possible if you have been charged with a drug crime.