Criminal Trial Against Waco Bikers is Mired in Delays and Controversy

Texas is facing one of the biggest trials in memory as 155 bikers face a hearing over the deadly 2015 shoot-out near Waco.

Nine bikers were killed and more than 20 were injured when rival biker gangs were involved in a shoot-out on May 17, 2015, at the Twin Peaks bar.

The trial has been dogged by delays and other controversies. The Waco Tribune-Herald reported the first scheduled trial was delayed again in March. 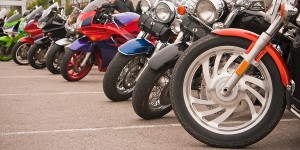 Strother said he would confer with 54th State District Judge Matt Johnson, the judge presiding over half of the cases of 155 bikers indicted in the Twin Peaks incident before he sets another trial date.

District Attorney Abel Reyna and prosecutors met in the judge’s chambers before Strother announced to the court that he was “reluctantly” granting the continuance. He said he understood it was necessary.

It’s not clear if Rayna’s office opposed the trial postponement.

At least 11 bikers have sued over the mass arrests, alleging their constitutional rights were trampled on.

The lawsuits claim Reyna and police decided to arrest the bikers en masse based only on their presence at Twin Peaks, the motorcycle they were associated with or the clothing they were wearing at the time of the shootout.

Morgan English is among those who have sued police and prosecutors over the incident, reports KXAN.

She filed a lawsuit in March in Austin federal court. The lawsuit claims English and her husband were due to attend a meeting of motorcycle clubs when became caught up in the shootout that left nine dead. English’s attorneys say the couple cooperated with police at the scene but were among 177 people arrested at Twin Peaks. Prosecutors later did not indict the couple.

Although the delays in the case have come under scrutiny, one judge said it’s not unprecedented.

“In complex cases, it’s not uncommon for the trial to occur 18 months to two years after the alleged incident occurred,” 54th District Judge Matt Johnson, told the Waco Tribune-Herald. Johnson will preside over some of the biker shooting cases.

You can find out more about murder charges here on our website. If you are charged with this very serious offense call our Fort Worth criminal defense lawyer today for a free consultation.