As our Fort Worth criminal defense attorney has mentioned previously in this blog, Bland was jailed for a traffic infraction. Her subsequent death behind bars was ruled a suicide.

This fall, the Texas House Committee on County Affairs met to discuss improving policies in local jails and to change up law enforcement training, reported the Texas Tribune. 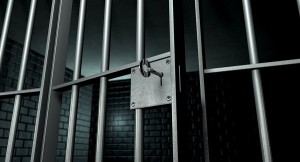 Recently, Waller County and the Texas Department of Public Safety agreed on a settlement of $1.9 million to Bland’s family. Legislation is reported to be afoot bearing Bland’s name in the hope that this kind of thing won’t happen again.

Bland was stopped by a DPS trooper last year for failing to signal a lane change. There was a heated argument and he arrested her for assaulting a public servant. Three days later the African American woman was found hanged in her Waller County jail cell.

State Rep. Garnet Coleman, a Democrat from Houston who chairs the House County Affairs Committee, wants Bland’s death to lead to a change in the law.

Coleman has said he wants to prohibit pretextual stops by law enforcement. Police should receive additional training on how to deal with tense situations like an argument at the roadside.

Coleman said he believes these kinds of stops and searches are unjustified searches and policing tactics that are evidence of a conscious or subconscious racial bias.

In the weeks and months since Bland’s death, we have seen a series of police stops across the country that led to racial tension.

I have written in the past about what happens when police violate the law during a stop in Texas. Lawyers use the term that any evidence gained from these stops is the fruit of the poisonous tree.

In other words, prosecutors should not be able to use evidence that was gained unlawfully against you in a case.

In cases such as Bland’s, police may argue a stop was made after a failure to signal a lane change. However, the case raises a lot of questions. We know African Americans are more likely to be pulled over by police officers than others. The Bland tragedy raises the question of whether the same stop would have been made to a white person.

If you suspect you have been unlawfully stopped please call the Medlin Law Firm for experienced legal advice and defense at (682) 204-4066.