The confirmation of Jeff Sessions as attorney general has raised questions about whether America is set to embark on a new era of law and order.

The appointment of Sessions predictably polarized commentators, although both sides agreed sweeping changes are likely.

An article in The Daily Signal suggested Sessions is committed to reducing police deaths. It quoted Chuck Canterbury, national president of the Fraternal Order of Police, who hailed Sessions as a “true partner” to law enforcement.

Sessions noted the number of police officers killed in the line of duty increased 10 percent last year from 2015 and vowed to reverse the trend. 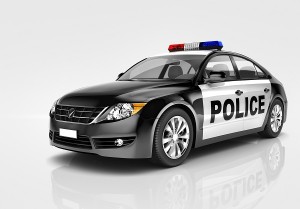 An executive order signed in February by President Trump instructs Sessions to make recommendations to the president for potential new legislation which would define new crimes of violence and establish new mandatory minimum sentences for existing crimes of violence against police officers.

Sessions’ opponents highlighted an apparent lack of a commitment to protect minority communities from police excesses.

An article in Esquire bemoaned Sessions’ hardline credentials. It said his appointment was a clear indication that a bipartisan push for criminal justice reform was over and the Department of Justice had abandoned policing the worst excesses of the police.

Some key policies of Jeff Sessions that are likely to affect law and order are:

Sessions has a well-documented and antagonistic attitude toward marijuana that may set the federal government against states that have legalized the drug.

Sessions branded marijuana reform a “tragic mistake,” Politico reported. He criticized FBI Director James Comey and Attorneys General Loretta Lynch and Eric Holder for not vigorously enforcing a federal prohibition on marijuana. During his time in office, President Obama said such a ban was not tenable in the long term.

Sessions has promised a retreat from a policy to hold a corporate entity responsible for crimes like fraud in favor of greater individual responsibility.

Sessions told confirmation hearings that corporations are subject as an entity to fines and punishment for violating the law, as well as the corporate officers. He said he believed corporate officers who caused a problem should receive more severe punishments than stockholders of a company “who didn’t know anything about it.”

A Crackdown on Immigration

Sessions is on board with President Trump’s immigration crackdown and sanctions being taken against sanctuary cities.

The Trump administration has pursued an increasingly vigorous stance against undocumented immigrants who have committed crimes, no matter how serious. Criminality is a trigger for deportations in line with Trump’s pledge to deport as many as 3 million illegal immigrants with criminal records.

If you or a family member has been arrested in the Fort Worth area, please call our Texas criminal defense lawyer today.