The arrest of an alleged domestic abuse victim in a Texas court by immigration agents earlier this year led to claims victims would be deterred from reporting crimes.

Immigration and Customs Enforcement (ICE) agents detained the transgender woman at the courthouse in El Paso soon after she was given protection from an alleged abuser.

The woman was later identified as 33-year-old Irvin Gonzalez. She was an undocumented immigrant and was removed to a detention center. 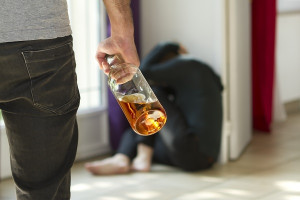 The incident highlighted the widening rift in the present immigration debate. Some legal experts said the case set a dangerous precedent. They argued it might deter other undocumented immigrants who are victims of crimes from reporting the incidents.

ICE authorities countered by saying the woman is a previously deported felon. She had at least eight convictions for crimes including false imprisonment, domestic violence and assault and six previous deportations, ICE claimed.

El Paso County Attorney, Jo Anne Bernal, told The New Yorker in 23 years at the court she could not recall ICE agents going into a courtroom or targeting a protective-order court.

Bernal was outspoken after the incident. She said:

“It really was a stunning event. It has an incredible chilling effect for all undocumented victims of any crime in our community.”

The incident in El Paso is not the only instance of poor treatment of domestic violence or rape victims by the authorities.

Last year in Houston, a rape victim was jailed because a prosecutor was concerned she would not give evidence.

The district attorney in Harris County forced the woman to spend an entire month incarcerated because he feared that she would fail to appear at a court date. The woman was due provide testimony against a now-convicted rapist, reported Slate.

If you are charged with domestic violence or a sexual assault, you are likely to face the full force of the law. However, there can be evidential difficulties in these cases and they are emotionally charged.