There are clear rules for detecting drunk drivers. But when it comes to drugged drivers, gauging impairment has always been a more imprecise business.

However, the race is on to the develop the first marijuana breathalyzers.

Hound Labs in California and Cannabix Technologies in British Columbia, Canada are working on building handheld devices that look like those used in DWI tests, reports The Daily Caller.

The technology may bring a greater degree of certainty to the process. At present, drug recognition police officers are meant to help decide if a driver is drugged. We have noted the major flaws in the system.

Marijuana breathalyzers would involve suspects blowing into a tube on the device that then scans their breaths for tetrahydrocannabinol (THC). It’s the psychoactive component of the drug that gets users high, reports KTLA 5.

According to Hound Labs chief executive Michael Lynn, THC remains detectable in molecules in a drug user’s breath for up to two hours.

He told the media he was confident in the technology having tested in on numerous people. Hound Labs raised $8.1 million a same venture capitalist company that funded the ride hailing company Uber.

Hound Labs say their product should be generally available for police departments to use by the end of this year. It will cost $600 – $800. 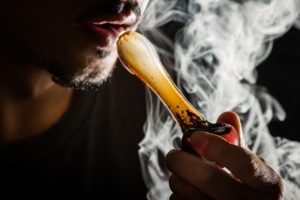 The race to develop marijuana breathalyzers is on

However, the devices are unlikely to be used for some time to prosecute drugged drivers and to constitute reliable criminal evidence. Authorities would need to conduct independent testing on the devices and adopt laws allowing them to be used in criminal cases.

The marijuana breathalyzers are being developed at a time when the legalization of the drug in many states is sparking concern about drugged driving and how to effectively test for it.

The current method is a urine test but this does not detect THC, reports The Daily Caller.

However, the report says initial fears by lawmakers that legalization of marijuana in states like Colorado and Washington would lead to a rise in traffic deaths have not materialized.

Traffic deaths fell by 11 percent in states that legalized medical marijuana, according to a study by researchers, reported Reuters.

The study was led by Julian Santaella-Tenorio, a doctoral student at Columbia University’s Mailman School of Public Health in New York City.

Scientists are moving closer to producing a reliable test for marijuana but there are still some obstacles.

A report in PHYS.org stated the National Institute of Standards and Technology (NIST) have taken an important step toward the goal by measuring an essential physical property of the main psychoactive compound in marijuana, delta-9 tetrahydrocannabinol (THC).

Scientists at the Institute measured the vapor pressure of the compound. The compound’s chemical structure made this difficult in the past. The results were published in Forensic Chemistry .

If you have been arrested for drugged driving, you should hire an experienced Tarrant County criminal defense lawyer. Test for drugs are deeply flawed at present and we can challenge the results.