Another serious bid to raise the age of criminal responsibility to 18 and to prevent 17-year-olds being imprisoned in adult jails is being made in Texas.

House Bill 122 was submitted in the Texas legislature to keep 17-year-old offenders out of the adult criminal justice system, and instead deal with them in the juvenile system, beginning in 2019.

Although support has been growing for the measure, State Sen. John Whitmire, the influential chair of the Senate Criminal Justice Committee, expressed reservations. 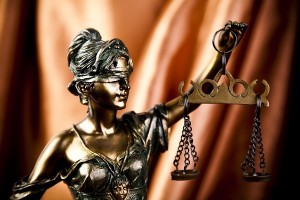 Since the early 20th century, Texas has dealt with 17-year-olds in the adult system. However, the system has come under increased criticism in recent years.

One organization working to change the law is the Raise the Age Coalition. The group points to research showing that 17-year-olds are usually arrested for low-level, non-violent offenses more akin to those committed by 16-year-olds than older youth or adults.

Raise the Age examined arrests, jail bookings and convictions for 17-year-olds in Texas from 2012 to 2015. These were the last four years for which complete data was available. There was a strong similarity in the types of offenses committed by 16- and 17-year-olds.

Whitmire is concerned about the cost of the change in the law. He believes it will cost the state as much as $35 million initially.

Texas is one of just six states that treats 17-year-olds as adults in criminal proceedings. Many states abandoned the practice over the last decade.

Recently, we noted how the Texas Smart-on-Crime Coalition is campaigning to keep 17-year-olds out of adult jails.

Supporters of the practice of keeping 17-year-olds out of adult jails say they are more likely to be rehabilitated in the juvenile justice system.

Texas also faces spending millions of dollars to modernize its jails in accordance with the 2003 Prison Rape Elimination Act.

The legislation says young people must be kept away from adult inmates by October 2017. If Texas keeps 17-year-olds in adult jails it faces spending millions of dollars to adapt its jails or the state stands to lose $2.78 million in federal funding.

If you are a teen who has been charged with an offense, you will be facing many fears and uncertainties. An experienced Tarrant County criminal defense attorney can provide a vigorous defense. At the Medlin Law Firm, we will do everything in our power to keep you out of the adult jail system.