Coalition Aims to Keep Juveniles Out of Adult Jails in Texas

A list of programs that would divert juveniles from adult jails in Texas was highlighted in the legislative priorities published for this year’s legislative session by the Texas Smart-On-Crime Coalition.

Rather than serving a full term in a state jail, offenders who go into the program would serve a minimum of 90 days in a community supervision program. The coalition said the program would include education, rehabilitation, and technical training.  The program would target state jail and prison populations with the highest recidivism rates in Texas. 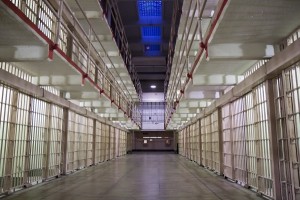 Bills seek to keep juveniles out of adult jails

We have previously written about proposals to raise the age of adult criminal responsibility in Texas from 17 to 18.

Jim Forbes, the communications director at Prison Fellowship, said the coalition will be campaigning to raise the age of criminal responsibility in Texas from 17 to 18 years old. Texas is one of a small number of states that automatically prosecutes and sentences 17-year-olds as adults.

Forbes suggested the exclusion of 17-year-olds from the adult justice system will lead to reductions in crime and protect the rights of parents.

Just nine states currently treat 17-year-olds as adults and many of these are coming under pressure to change their laws.

A measure that would have moved 17-year-olds out of the adult criminal justice system was submitted in legislation in 2015 but subsequently stripped out the Dallas Morning News reported.

The Texas Smart-On-Crime Coalition was set up three years ago to change state laws that criminalize crimes that don’t involve violence and get those offenders back to work.

It was created by the Texas Public Policy Foundation, Texas Association of Business, the Texas Criminal Justice Coalition, Goodwill Industries of Central Texas, and the American Civil Liberties Union of Texas. Its founders said the overreliance on incarceration in the Texas criminal justice system is damaging.

If you are a juvenile who has been charged with a crime, the Medlin Law Firm can help you.