The Texas Court of Criminal Appeals has halted the execution of a convicted child murderer from Dallas County who claims an intellectual disability leaves him ineligible for the ultimate punishment in Texas.

Steven Long, 46, was set to die in August for the 2005 rape and killing of an 11-year-old girl in Dallas County. In the past, his claims of intellectual disability were rejected by the courts.

However, the standards Texas previously used to determine intellectual disability were invalidated by the U.S. Supreme Court earlier this year. 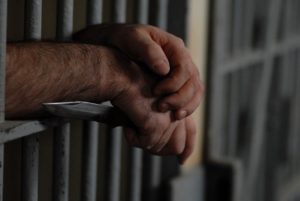 In March, the nation’s highest court considered the case of Bobby Moore, a 57-year-old man from Houston who languished on Death Row for more than 36 years.

In a 5-3 ruling, the justices found the refusal of Texas to use contemporary medical standards and its reliance on nonclinical was in violation of the Eighth Amendment that prohibits cruel and unusual punishment.

In light of the ruling in the Moore case, lawyers acting for Long once again requested the courts to stay his execution in August, Evidence presented to the Texas Court of Criminal Appeals found his IQ score was regularly in the low 60s. The court tossed out the pending execution to reconsider the case.

An appeal based on intellectual disability was lodged as long ago as 2008 in the case. Long originally received the death sentence for the murder of Kaitlyn Smith three years earlier.

In October 2005, he moved in with a couple and their daughter who lived close to Kaitlyn. One night she came over for a sleepover. The next morning, Kaitlyn was missing. Her body was recovered later partially wrapped in trash bags under an empty trailer.

A bloody fingerprint near girl’s body matched Long’s. He later confessed to the murder and the rape of the girl. Long was sentenced to death in 2006. He has been on Death Row ever since.

The decision of the Texas Court of Criminal Appeals appears to be belated recognition that Texas can no longer use outdated medical standards to determine intellectual disability.

The nation’s highest court rejected Texas’ methods in the Moore case, warning its refusal to use current medical standards and reliance on nonclinical factors was in violation of the U.S. Constitution. In the wake of the March ruling, several other death row inmates in Texas had their sentences changed from death to life in prison.

If you have been charged with a serious offense of this nature, it’s vital to hire experienced criminal defense lawyers in Texas.